Check It Out: First Photo of Shane Black's Predators

I can already tell you that one of my most anticipated films of Summer 2018 will be Shane Black's Predators.  Since the film isn't due out until August 3rd 2018 we have seen very little from this highly anticipated film.  Find the first Predators photo along with our thoughts after the break... 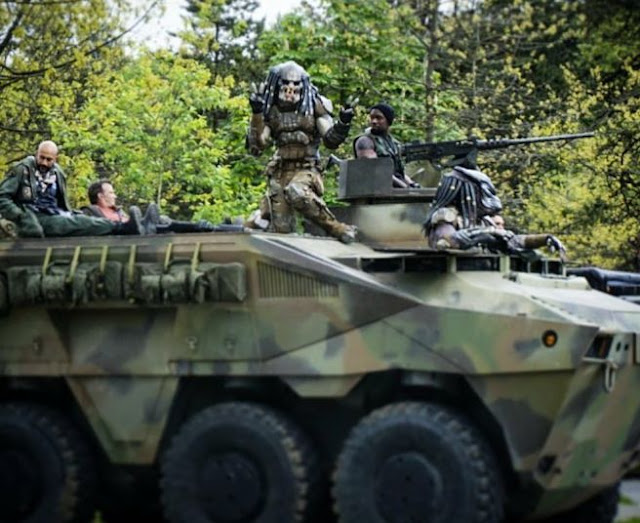 Really not much to see here other than some on set hijinks.  It is interesting to speculate what it might mean that a Predator is manning a tank with soldier, could this mean some type of unholy alliance? Or is it simply on set travels?  At this point it is really too early to draw any conclusions.  I think most Predator fans will rest easy knowing the man that was on the set of the original Predator film as Hawkins is now behind the pen and camera for this franchise.

Let us know your thoughts on the photo, and your excitement level about the film in the comments below or tweet me @thereelbradbell