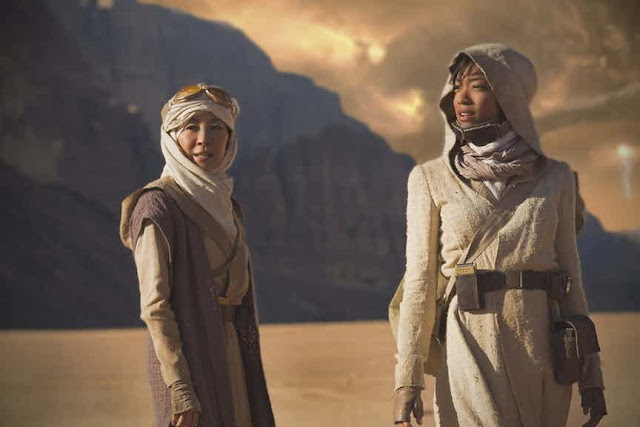 Any of you that read the site or listen to The Confirmed Epic Podcast know that I am not a huge Trekkie.  So I won't try to provide some kind of confirmed crap thought provoking commentary on the first official image and trailer from CBS's Star Trek: Discovery seen above.

So checkout the photo/trailer, and let me know if this should get me pumped for the series in the comments or tweet me @thereelbradbell

The 13 Episode Star Trek: Discovery is set to debut on CBS late summer or early fall 2017 before heading exclusively to the new CBS streaming platform.