After years in the shadows Marvel has finally allowed FOX to let the X-men come out to play.  Following in the foot steps of FX's critically acclaimed Legion series, the success of the new X-men Resurrection comics line, and now the X-men series: Gifted is set to debut on FOX this Fall.  Enjoy the trailer above, and find our thoughts on it after the break... 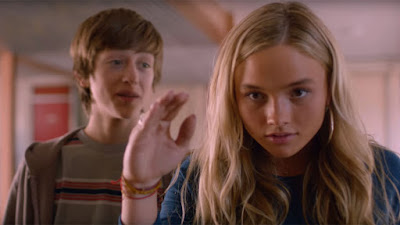 Any skepticism I had about a network television series revolving around the X-men were at least partially resolved over the course of this nearly 3 minute trailer.  The characters look somewhat generic, however the setup does not.  Having what looks like the main mutant characters having a Father who works for a anti-mutant task force who faces a tough decision between his career and family.  This looks to make for a fresh mutant premise.  I also love the direct mention of the X-men, as well as the Brotherhood of Mutants in the trailer confirming to the audience that this takes place in an X-men universe that you are familiar with.

*Updated: FOX has announced Gifted will replace Gotham in the 9 p.m time slot, with Gotham moving down an hour to 8 p.m there still hasn't been any news on a premiere date.

Let us know what you think about the trailer, and if you will be watching the show in the comments below or tweet me @thereelbradbell