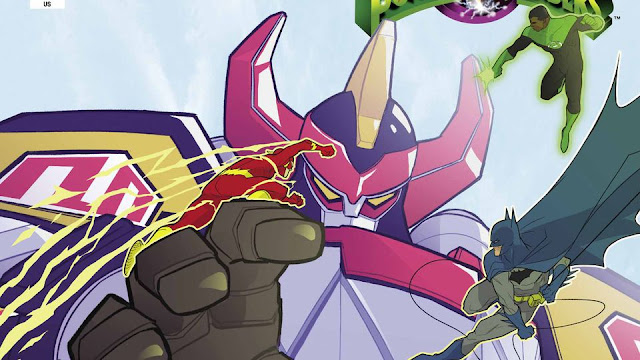 Some of the more fun I have had reading individual issues this year has been the collaboration between DC Comics and Boom Studios in their Mighty Morphin Power Rangers and Justice League comic crossover written by: Tom Taylor.  The book saw two of my all time favorite properties coming together for a fun while all be it outlandish premise.

Find out our thoughts on the cancellation after the break... 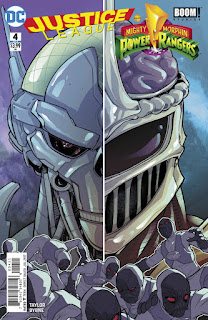 Now it appears issues 5 and 6 of what was supposed to be a 6 issue mini-series look like they will never see the light of day, since they have been pulled from all future solicits.  While I have colleagues that have been let down by this series, I can't understand that you expected something on the level of John Byrne's Fantastic Four in book revolves around the teams confronting a Lord Zedd and Brainiac team up.  Now we will never know of the Teens with Attitude and the Worlds greatest superhero team can thwart their World dominating plot.