Check It Out: Marvel Announces New Rogue One Prequel Comic 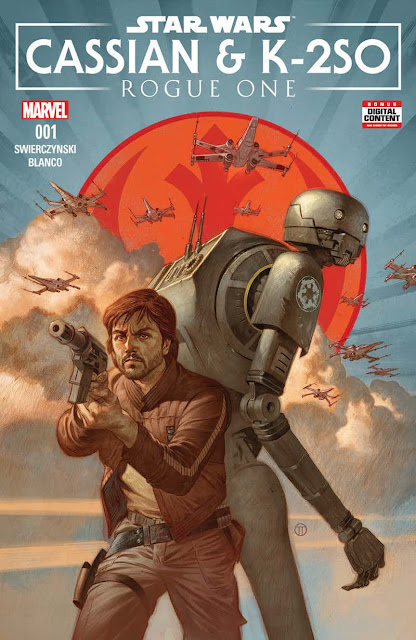 A day after announcing a new Mace Windu series Marvel continues to roll out new stories from a galaxy far far away, today the publisher announced the Rogue One prequel comic: Cassian & K-2SO. The book will be written by: Duane Swierczynski, with art by: Fernando Blanco, this book like Mace Windu will also release this August.  Apparently this prequel of a prequel story will focus on how the rogue imperial droid and outlaw forged the friendship that carried through Rogue One.  While it has not been clarified if this title will be an ongoing or a mini-series the prevailing thought is like Jedi of the Republic: Mace Windu, it will be a mini-series.

Find out what we think about yet another Star Wars comic after the break...

Personally while I loved Rogue One, even more after multiple viewings, I didn't enjoy it as much as some who may want to continue diving deeper into these characters.  However if there was one character from the film I would like see more of it would be the K-2SO, so I may be willing to give issue #1 a chance.

Do you plan on picking up Casian & K-2SO? Let us know in the comments below or tweet me @thereelbradbell