Check It Out: Hellboy R-rated reboot on the way, Del Toro is Out Neil Marshall in as Director 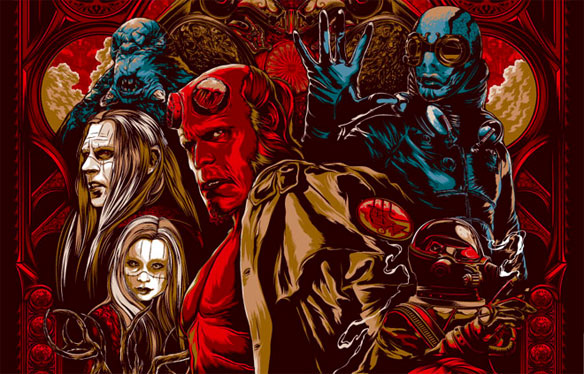 After years of clamoring by fans Hellboy is officially on his way back to the big screen, but probably not how most fans wanted. Fan favorites Director: Guillermo Del Toro and Hellboy: Ron Pearlman will not be returning for the remake.  Instead they will be replaced by Director: Neil Marshall (The Descent, Constantine, and Tails of Halloween) and Stranger Thing's breakout star: David Harbour. The news comes directly from Hellboy creator and comics legend: Mike Mignola himself, who has already confirmed the films R-rating.  The rumored title for the film is Hellboy: Rise of the Blood Queen, and no release date has been announced.

Find out our thoughts on the reboot after the break... 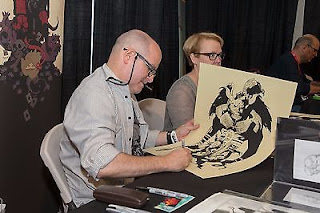 My immediate response here is a simple: "UGH"! After studios and Del Toro, as well as Ron Pearlman have proclaimed the reason there has not been a proper ending to the original Hellboy franchise was the underwhelming box-office performance of The Golden Army.  For reference the 2008 film only took in a measly $75 million total at the box-office on a $85 million dollar budget. Personally I proclaimed the film as great, and most critics agree as the film still sits at 85% on rotten tomatoes.

It makes no sense to me that the answer here is to reboot the Hellboy as an R-rated franchise.  If the last film was critically well received, and bombed at the box-office what could be the logical reasoning that an rated R film would perform better. Common sense, and past trends show that with a few 300 like exceptions an R-rating generally cuts from your films performance, as you are cutting kids, many teens, and families in general from your potential audience.

Please let us know what your thoughts on the Hellboy remake in the comments below, or tweet me @thereelbradbell