Check It Out: 'The Conjuring' Spinoff: 'The Crooked Man' is in the Works 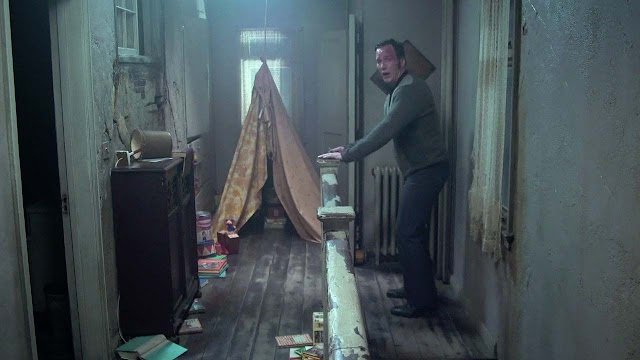 It appears that WB cannot get enough of The Conjuring.  After multiple Annabelle spinoff films, sequels, and the recently announced Evil Nun spinoff film the studio has announced plans for a film revolving around the terrifying Crooked Man from The Conjuring 2.

Find out our thoughts about the latest Conjuring spinoff after the break...

The Crooked Man originated from a children's book seen in the film, and was one of the most
frightening aspects of The Conjuring franchise to date.  As a 28 year old adult at the time of the second Conjuring film, and a Cinephile who has seen most all the quintessential horror films and epically scary scenes there is something about The Crooked Man that sticks with you.  Whether it is the surprise of characters initially jarring appearance or it's innocent origins The Crooked Man stands out amongst the pantheon of Conjuring moments.

The only thing that worries me about a Crooked Man film is that prospect of the CG character keeping his fearful disposition intact throughout the course of an entire film, in which he would be the main attraction.  So far WB has not made a misstep with this franchise, so I will trust in their brand of fear until they give me a reason not to.  There is no director or release date attached to The Crooked Man at this time, however Annabelle Creation is out August 11th 2017, and The Nun will hit theaters next summer with a July 13th 2018 release date.