Check It Out: Sony Planning Kraven And Mysterio Spinoff Films 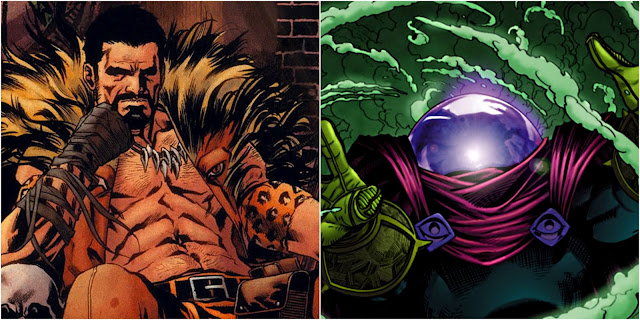 After confirming Carnage as the main villain in Venom, Sony continues to make waves in Hollywood. The studio is reportedly planning to make spinoff films revolving around classic Spider-Man villains: Mysterio and Kraven The Hunter.  The wording of the rumors do not specify if this is a spinoff film that would team the two villains up or if they would be separate films, but I would assume the latter.

As much as I would like to see these two villains in a Spider-Man Homecoming Sequel, I wish Sony would get another solo Spider-Man film right before they announce anymore spinoff films.