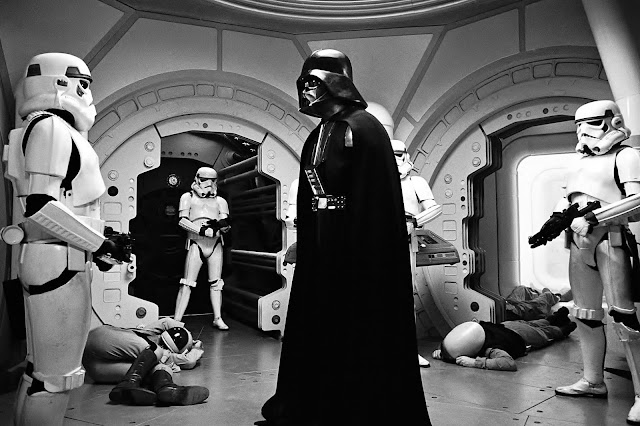 In a not so surprising runaway victory The Dark Lord of the Sith: Darth Vader dominated the 1970's Icons of Cinema Showdown round #2 for the 1970's.  Vader took in an impressive 72% of the vote besting The Italian Stallion Rocky Balboa who came in second at 15%, Christopher Reeves Superman at 3rd with 13%, and the disappointing Linda Blair's Regan from The Exorcist who could not manage to conjure up a single vote.  Vader now moves on to the 1970's final round where he is the favorite to beat Bruce The Shark from Steven Spielbergs's 1975 classic Jaws.

Special thanks to everyone that voted and thegww.com for sponsoring this contest!