Since it was announced that Marvel Legend: Brian Michael Bendis would be leaving Marvel after two decades at the company for rival DC Comics, the comics world has been buzzing over what titles he would be writing, well now we have one of those answers.  Brian Michael Bendis has decided to take on America's first Superhero: Superman in a new monthly ongoing titled Man of Steel.  Teaming with Bendis on the book will be a bevy of DC all-star artist that include: Jason Fabok, and Adam Hughes.  The series is set to debut with a new #1 on May 30th, with a prequel issue hitting May 2nd.

*DC has now confirmed the Bendis Man of Steel book will be a 6 issue mini-series, and then he will be taking over both the Action and Superman monthly titles.

Find out our thoughts after the break...

I can't say I am surprised, I expected DC to give Bendis one of the holy trinity to start his tenure at the legendary company.  Although it has been the rumored 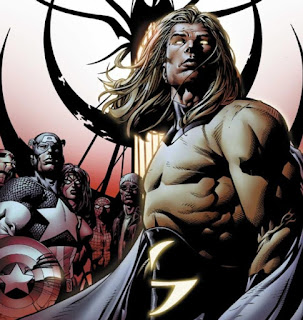 that he would write Batman or even a Plastic Man series, the news that Bendis will write the Man of Steel isn't surprising. The question is: Does Clark Kent, and his tremendous power set match that of Bendis's writing style?

As someone who has read most of Bendis's major work, I can safely declare that his greatest talent is to take B and C level characters, and give them a place among the A-Listers.  The ability to propel more obscure characters makes Bendis excel within the team book dynamic.  He can take characters like Hawkeye, and the Sentry, and put them on par with Spider-Man and Wolverine, which is what made the Plastic Man rumor so fascinating.

This is not to discredit Bendis's work within solo series.  You have to look no 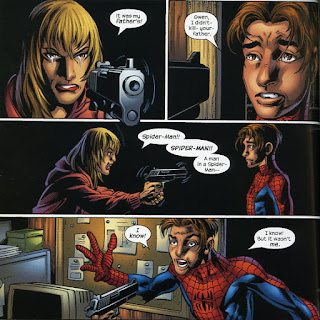 further than his legendary run on Ultimate Spider-man to revel in the writer’s ability to bring secondary characters to the forefront.  For example he wrote both Gwen Stacy, and Mary Jane the best they had been written since the Gerry Conway days, giving them a sense of agency among the star studded regulars of a Spider-Man book.

This is what gives me hope for Superman, I see a book where characters like Lex Luthor, and Lois Lane are as important as Clark Kent, not because DC says so in their marketing, but because he makes you actually care for them.  My only real complaint here is that I would rather have seen Bendis pick up one of the flagship Superman books such as Action Comics or Superman, rather than being relegated to a secondary Superman title.

Regardless of how you feel, expect much more Bendis DC announcements in the coming days, and stay tuned to The Epic Review to find our thoughts.

Let us know what book you would like to see Bendis tackle at DC in the comments below!