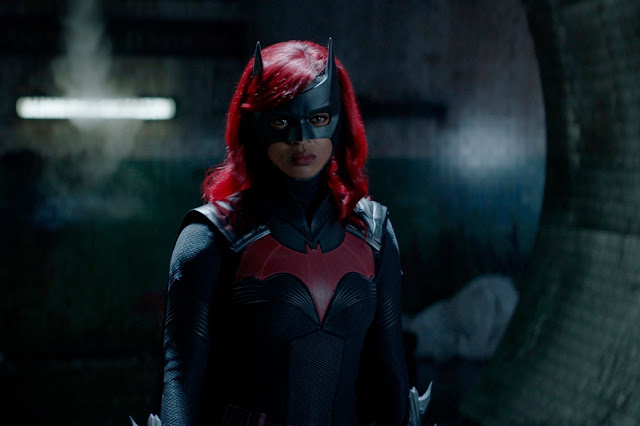 Welcome to Reel Talk, a semi-regular blog where I (The Reel Brad Bell) check in with the few readers of The Epic Review still left to reflect what I have recently delving into in the world of pop culture.  While there may not be time to podcast right now, that doesn't mean I want to retire my thoughts and ramblings on all the geeky things we love.  I want to give a big shoutout to my podcasting co-host Jerry 'Barbecue 17' Reed for great work at our sister site ActionFigureBarbecue.com for inspiring me to do this.

You can check out the first edition of Reel Talk after the break... 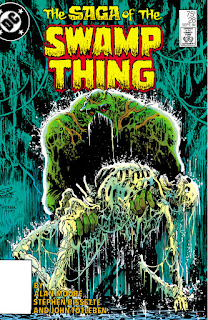 I was lucky enough to be gifted the first two volumes of Alan Moore's Swamp Thing in the form of two DC Black Label absolute editions this past holiday season via my in laws.  A run of Swamp Thing that along with Sandman and Preacher are my only to real blind spots in the medium from someone who has been reading comics since Marvel's House of M in 2005.

Widely considered to be the definitive run on the character who I have had minimal experience with, it did not disappoint.  Alan Moore brings with him an accessibility that shouldn't be possible considering his transcendent writing style, and Swamp Thing embodies that ability maybe more so that any of the legendary recluse's classic runs.

For someone who is known to have little human interaction, Moore seems to understand the humans spirit both good and bad more than most.  Some of the best parts of this historic run come from the viewing of humans through the lens of the Swamp Thing and his unknown impact on the outside world.  The story "Windfall" springs to mind in particular in this regard, and sticks out as one of my favorite Alan Moore issues of all time.

Light of the Jedi by: Charles Soule (Confirmed: Epic)

The start of 2021 saw the start of the most ambitious Star Wars publishing initiative since Shadows of the Empire in 1996 in the form of the High Republic Era all kicking off with: Light of the Jedi by Charles 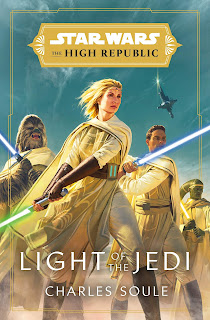 Soule.  This book manages to do great job of balancing the introduction of roughly 15 or so new characters, while at the same time dropping you in a brand new period of Star Wars storytelling.  The results are a pulse pounding page turner that is by far and away the best book I have personally experienced in the New Disney Canon.

The High Republic Era would best be described as blend between the Prequel and Old Republic Eras.  Soule's ability to make everything feel new and fresh but somewhat familiar cannot be overstated.  The Jedi in the High Republic are the noble warriors most of us imagined them to be as kids prior to the prequels, while at the same time acknowledging their faults.

This book also gives us the introduction to best new Star Wars Villains since Grand Admiral Thrawn in the form of the Nihl, and their ghastly leader Marchin Ro.  The world building done through the norms of the Nihl alone has no business being this entertaining.  Also Porter Engle is a badass!

Batman Soul of the Dragon, Directed By: Sam Liu (Great and a 1/2) 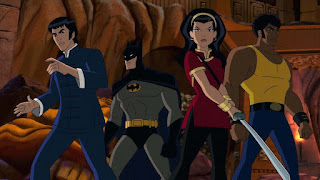 It will be interesting to see how DC on screen content is viewed by the end of this year from James Gunn's Suicide Squad to the Snyder cut of Justice League finally being released; 2021 is big year DC.  With Batman: Soul of the Dragon DC is off to a great start! Soul of Dragon which is an original else worlds tale from DC Animation retells the origins of Bruce Wayne's training, and through a pulpy 1970's take on the Bat and some unlikely allies.

While at first I was hesitant to revisit Bruce's training after it has been clearly defined by Batman Year One and Batman Begins, Liu gives us a fresh take that reminds me more of the training of Storm Shadow and Snake Eyes in G.I Joe that it does previous Batman Training Montages.

Soul of the Dragon thrives however when it is taking us through the Gotham in the 1970's with Bats teaming up with Bronze Tiger, Lady Shiva, and Richard Dragon.  The odd thing here is that focus is never really on the Batman, but his supporting cast, and it works.  Shifting Batman out of focus makes his heroic moments toward the end of the film that much more powerful.  My ultimate take away from this film is that DC should put an A-list creative team on a Richard Dragon ongoing comic series that could be adapted to film to rival the MCU's Shang Chi.

Batwoman Season 2 on the CW (Confirmed: Good through two episodes)

For Batwoman Season 2 Gotham is moving onto a familiar hero with a different face, gone up in flames is 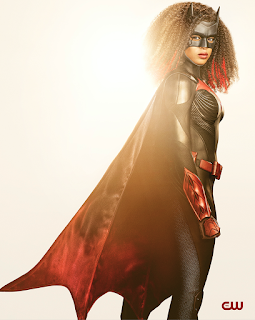 the Kate Kane version of the character (Ruby Rose) and in with Ryan Wilder (Javica Leslie) a brand new heroine for the DCU to embrace.  Unfortunately for the CW the embrace of Javica Leslie's take on the character has yet to occur, and despite being renewed for a Season 3 the show has suffered a 80% ratings drop since the departure of Ruby Rose from the Red Wig, Cape and Cowl.

The reason for this ratings drop should not be blamed on Javica Leslie's Ryan Wilder, but rather the refusal of the show's writing room to move on from Kate Kane.  Rather than fully reboot and embrace Ryan, Batwoman Season 2 is a jumbled mess of a what ever happened to Kat Kane overarching plot that constantly undermines Javica Leslie's powerful take on Batwoman.

If this show has the guts to move on from the Batwoman of yesterday for the one of tomorrow, then this take on the character has the chance to be the comeback story of the Spring 2021 television season, because Javica Leslie is a star in the making.

Thanks for checking out the first edition of Reel Talk!-Brad