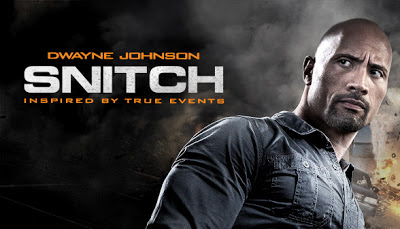 2013 is a big year for The Rock in addition to being the current WWE Champion, he has major roles in the upcoming GI Joe sequel as Road Block, as well as headlining Michael Bay's Pain and Gain along side Mark Whalberg, and is making his return to The Fast and the Furious franchise for the second time this Summer.  First on the docket for Dwayne "The Rock" Johnson before his rematch with John Cena at Wrestlemaina 29 was his latest film Snitch that opened February 22nd.  The marketing behind Snitch portrayed it as another action flick starring Rocky, but the results which you will find after the break where surprisingly different..... 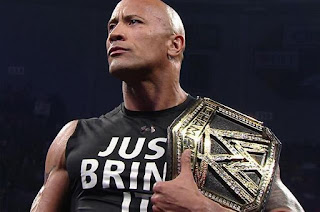 Here at The Epic Review we always smell what The Rock is cooking!

Snitch sets up fairly simplistically, John Matthew's (The Rock) son from a previous marriage Jason Collins (Rafi Gavron) has been busted by the DEA after agreeing to hold on to some Ecstasy for a friend.  Under mandatory minimum sentencing laws Jason faces ten years in prison unless he chooses to "snitch" on one of his friends who is selling drugs, problem in the only friend (the one he was holding for) Jason knows dealing drugs has already "snitched" on him in order to reduce his sentence.  So facing no other alternatives The Rock agrees to work with a federal prosecutor to bring down drug dealers and eventually king pins in order to reduce Jason's sentence from ten years to one.  To do this The Rock recruits the help of a fellow employee and reformed drug dealer Daniel James (Jon Bernthal, best known for playing Shane Walsh on AMC's The Walking Dead) to help him bring down drug dealers and cartels from within. 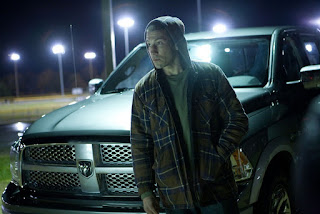 I guess it wouldn't be a bad thing to have Jon Bernthal on your side when taking down drug kingpins!

While the results of Snitch aren't the the thrill ride you might expect from a film starring The Rock, they are still very satisfying.  Snitch provides the audience with an emotional laced drama about what a Father is willing to do in order to help his son.  Director Ric Roman Waugh smartly chose to use The Rock's presence, and realistic but never over the top action as the back drop of Snitch rather than as the primary driver of the film.  By the end of the film the audience feels like it has been through the ringer with The Rock's character experiencing every challenge, twist, and ultimately triumph along the way. 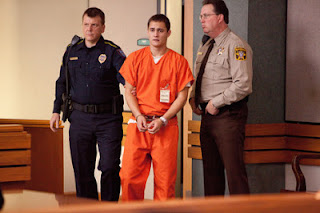 Their is no limit to what a Father would do for his Son!

Overall, and more importantly Snitch provides a thought provoking commentary on the problem with the current mandatory minimum sentencing laws in The United States.  The current laws are less strict on rapist, than they are for first time drug offenders, a travesty that needs to be rectified as soon as possible.  While this type of intelligent commentary an overall emotion where unexpected out of Snitch, it was nice to see The Rock take a role that pushed his depths as an actor, resulting in probably his best starring role to date!