Confirmed Epic Podcast Episode 6: Oz the Great and Powerful and The ABC’s of Death

By The Epic Review March 15, 2013
We're sorry. This episode is no longer available. If you would like a copy, please email us at thepicreview.com. 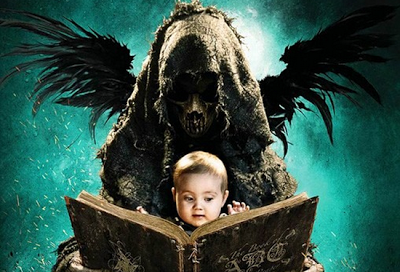 Let's just say 'The ABC's of Death' isn't a film for everyone!

In this week’s edition of The Confirmed Epic Podcast we review Sam Raimi and Disney’s Wizard of Oz prequel/origin story: ‘Oz the Great and Powerful’.  We also review the brand new horror anthology film: ‘The ABC’s of Death’.  During the Epic news section of the podcast we discuss: Scott Snyder and Greg Capullo’s upcoming New 52 Batman origin story ‘Batman Zero Year’, Jackie Chan’s possible involvement in ‘The Expendables 3’, ‘Jurassic Park 4’, and ‘Army of Darkness 2’.  We also delve into what we have been checking out this week: The ‘Game of Thrones’ season 2 blu-ray set, Fantastic Plastic Toys upcoming Mystical Warriors of the Ring toy line, Hot Toys ‘Avengers’ Captain America and ‘Spiderman 3’ symbiote Spiderman, AMC’s ‘Comic Book Men’ Gary Con-over Con, and DC’s ‘Injustice Gods Among Us figures’.

(Editors Note: If you have any problems with the player either install adobe flash player or if you are listening from a phone simply follow the direct link to our audio here: http://thepicreview.podbean.com/ Thank You!)