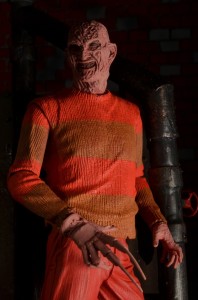 Not content to just release one oddly colored slasher from a 1980s Nintendo movie-based video game, NECA has announced a 7" Video Game Appearance Freddy Krueger as a companion piece to their NES Jason Voorhees SDCC 2013 exclusive.  From NECA's press release:


Inspired by the Classic 1989 Video Game

Freddy is the companion piece to the Friday the 13th Classic Video Game Jason, one of the hottest SDCC Exclusives this Summer. Released in 1989 for the super popular 8-Bit home console, the video game Nightmare on Elm Street is so bad… it’s good.

A cult classic if there ever was one, NECA’s Freddy Krueger (1989 Video Game Appearance) will be a fully articulated 7-inch figure done up in that truly horrifying video game deco. This figure comes in a special window box packaging with opening flap to re-create the look and feel of the classic 1989 video game packaging.
More pictures and info after the break...... 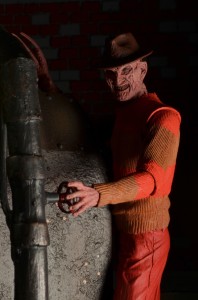 It's really cool to see this guy. I'm not sure I like him as much as I like Jason (which I'd love to own) but he's definitely appealing. I'm not sure I ever played A Nightmare on Elm Street (I do remember trying Friday the 13th at a Funcoland--remember those?) but I certainly can appreciate this figure. I've been needing a new Freddy Krueger figure to stand next to my Furnace diorama. Maybe this is it? 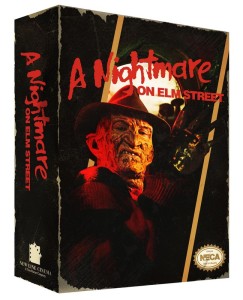 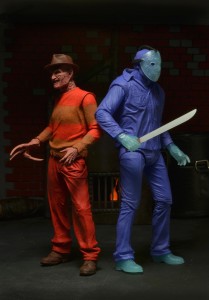