The Best Batgirl News In Quite Some Time, straight from Yvonne Craig! 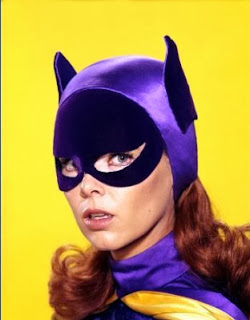 If you're not a regular visitor to YvonneCraig.com, you may have missed the fantastic announcement that Yvonne Craig and Warner Brothers have reached a licensing agreement so that we can get some awesome merchandise from the 1966 Batman TV show with Vyonne's likeness as Batgirl!

To all of you who’ve been asking: I'm pleased to announce that I’ve just signed a licensing agreement with Warner Brothers. So expect to see Batgirl toys etc. on the market in the very near future. I look forward to seeing what they make.

If you've never been to Ms. Craig's website, check it out! You can actually order personally autographed pictures of Ms. Craig from a number of the TV shows and movies she appeared in including Batman, Star Trek, The Man From U.N.C.L.E., In Like Flint, and others. There's nothing that looks as awesome in my Batgirl collection as my personalized autographed pictures of Batgirl and Barbara Gordon. Heck, you can even become a lifetime member of her fan club for $12. Sold!

Now c'mon Hot Toys, Mattel, and DC Collectibles! I want a Hot Toys Batgirl, action figure, statue, and comic book series based on the 1966 Batgirl, and I want them now!