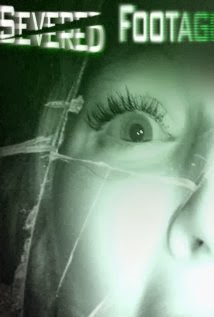 The creepiest found footage films typically blend together reality and fiction in a way that other genres just can't do. Like many of the works of H.P. Lovecraft or the epistolary style of horror literature classics such as Frankenstein and Dracula, the found footage style of filmmaking employs a tactic that works to cut out the "third person perspective" and put the audience right into the story. When Severed Footage came to my attention, I was quite intrigued to learn that it was based on actual events. That isn't an uncommon claim for a horror film to make but Severed Footage had the distinction of basing its story on events I recognized: between 2007 and 2011, severed feet in various tennis shoes were inexplicably washing up along the coast of Washington and British Columbia. In addition to this bizarre modern phenomena, the film's setting of Newcastle Island is a real place with its own haunted history as well. Blending together an unexplained modern occurrence with old ghost stories and history, Severed Footage definitely had a leg up on the competition (no pun intended) to create a truly chilling horror film. Does it succeed? Read on and find out... 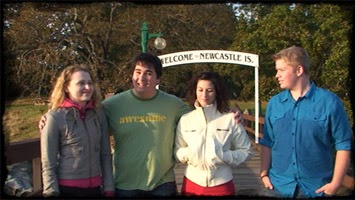 Severed Footage presents itself as a tape of footage that was anonymously leaked to the public after the disappearance of the filmmakers, a group of college students who are working on a history project about Newcastle Island and the infamous ax murderer, Kanaka Pete. College students Mark Arnott (also the director), Matt Tony Walker, and Mathieu Lessard have been trying to find a suitable project for their history class and learn about Kanaka Pete and the haunted island after a conversation with an old sailor (John Kenchenten). Arnott decides that not only can this be a great project for their class but it can also be a great chance to plan an overnight trip to the island and bring along two attractive classmates, Kimberly Blais and Sabrina Duncan, who are assured an easy A simply for being pretty faces for the camera. As the students make their way towards Newcastle Island with their camera and amateur paranormal hunting gear in tow, it seems like the biggest problem that could pop up is that Kimberly and Sabrina will have to fend off Mark's constant flirting. It turns out, there are worse things on the island than horny geeks.

I think Severed Footage succeeds as a great example of the found footage genre for three reasons. First, it has some actual events and history to help build its atmosphere. The film reveals these little by little so that we're learning the horiffic details right alongside the students. Secondly, Severed Footage succeeds by having a truly likeable cast. Found footage films really rely on the cast because, unless you go with a mounted camera ala Paranormal Activity, you almost always have to have someone in front of and someone operating the camera, so it's fortunate that the cast works here. Even though Mark is almost the stereotypical AV nerd, he'll probably remind you of someone you know (maybe even yourself). Corny jokes, awkward flirting, and some really funny gags revolving around a character's brother who pretty much lives at his computer desk definitely had me chuckling. Third, Severed Footage shows just the right amount of spooky stuff. It takes sometime to get there but when the haunting starts, it's like a switch has been flipped that turns the film from a lighthearted teen comedy into an all out supernatural slashfest. The less said about it the better your viewing experience will be, but this isn't the kind of film you'll walk away from feeling like you got cheated. Creepy stuff happens. While the movie does have a low budget, amateur quality to it (which totally fits the tone) the visual effects are pretty good. I was definitely feeling a bit tense during the final act, and I'm not that much of a horror movie lightweight. 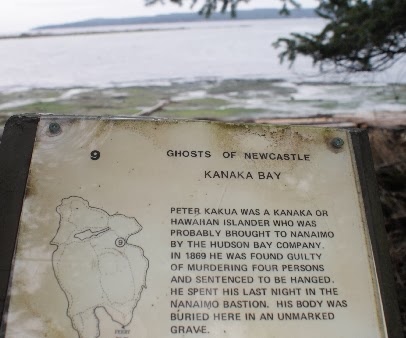 I do have a few nits to pick with the film, but they're certainly nothing that I think kills the film. While I praised the way the movie switches from comedy to terror, I do wonder if more bits and pieces of horror might have been sprinkled into the movie earlier on. Building up tension is an art and I'm always willing to praise a film that can string us along for as long as possible, but I get the feeling some viewers might not be as receptive. More encounters with random townspeople and interviews about the history of the island would have been welcome to further build tension while still preserving the film's pacing. Severed Footage has a lot going for it with it's historical setting, great atmosphere and locations, and affable cast. It's clearly a low budget film, but that works for it here as it really feels like a student project. It's plenty entertaining most of the way through, but when it really kicks into gear the film rivals many of the climaxes of some of the staples of the found footage subgenre. Give it a watch if you're partial to the genre and don't mind a little humor with your horror.

Confirmed: Good and a 1/2
You can order Severed Footage from the film's website, SeveredFootage.com


This film was provided to ThEpic Review for review by the filmmakers.