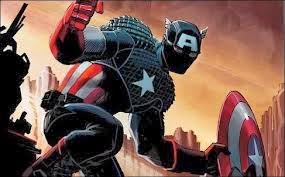 Is Rick Remender's Cap one for a new generation?
Anytime comic readers see a company wide reboot as we have with Marvel's Marvel Now and DC Comics' The New 52 over the past few year, the question is always "How much will actually change?"  While DC’s New 52 changed the world of the characters we love, Marvel Now was a bit different in changing the types of stories that would be told with each of their characters.  So how did Marvel change the type of stories written about one of its most beloved and well know characters: The Star Spangled Avenger Captain America?  Find out after the break…. 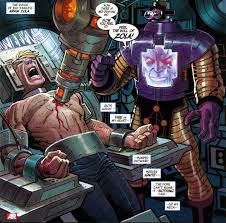 Arnim Zola, gets a much needed Marvel Now makeover
by John Romita, Jr. in this new volume of Cap

Rather than take Cap on the type of World War 2 espionage based thrillers that Ed Brubaker and Steve Epting were know for, writer Rick Remender and artist John Romita, Jr. throw Cap straight into the middle of a sci-fi epic in a world controlled by none other than Arnim Zola, who gets a fresh Marvel Now upgrade. Remender also chooses to spend a fair amount of the book covering uncharted territory, as he provides the definitive story of Steve Rogers' childhood growing up in Manhattan.  The art of John Romita Jr. meshes will with the types of creatures Cap encounters in his ventures, but as any Romita, Jr. reader knows, his work digresses from stunning to blockier faster than you can throw Cap's shield. 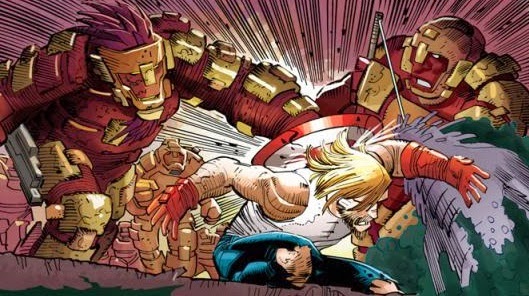 Romita Jr's art meshes well with the world building of Remender,
but fades later in the book!

Captain America Castaway In Dimension Z does just about everything you could want in a reboot of a mainstream superhero book.  In large part due to Rick Remender’s excellent world building, which is second to none among modern comic book writers. Remender does everything a new Cap or classic Cap fan could want in a title reboot; from introducing new characters and worlds into the Captain America mythos to giving classic characters a much needed 21st century upgrade with plenty of surprises along the way.
Confirmed: Great and a 1/2