I'm The Tag Team Champions Part 2: Looking to the future 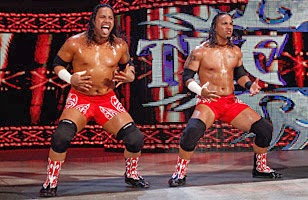 Could the USO's be the next Samoan's to leave a lasting legacy in the WWE?

A set of brothers have also rose to take on the likings of the tag team team division. Jimmy and Jey Uso, sons of Rikishi, are Samoan superstars a hint of their father’s likeness during his Too Cool days with Scotty Too Hotty and Grand Master Sexay. These high flying superstars give us an unforgettable entrance, as they enter with a Polynesian were dance called the “Haka” and a loud fiery boom! The Uso’s are a young competitive team that come from the same family as other superstars like the Rock and Roman Reigns. If they can live up to their father’s expectations, we can expect great things from this team in the future. See what other superstars we think are the future of tag team wrestling after the break.... 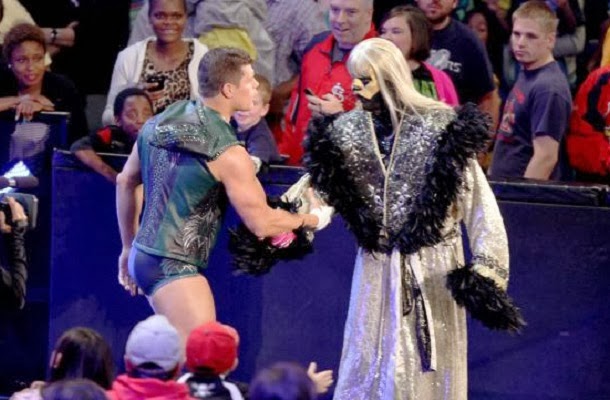 Seems like the WWE has made a concerted effort to bring families
back to the tag-team genre with duos such as The Brotherhood!

Like the Uso’s, The Brotherhood is made up of two brothers that are not as close in age. Former tag team champions, Goldust (Dustin Rhodes) and his brother Cody Rhodes, are the sons of the American Dream, Dusty Rhodes. Putting this team together was risky business, but showed promising success. The brothers grew up in different generations of wrestling. Both are diligent superstars that go all out in the ring with gut wrenching finishers. When Goldust comes to the ring, fans crave to see the Shattered Dreams as well as the Cross Rhodes from his brother Cody Rhodes. This team has great charisma and opportunity as brothers, but with the loss of the tag team championships and their elimination at the Royal Rumble, sets up a possible feud for the next couple of weeks. 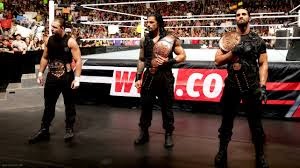 The Shield has the potential to be one the greatest tag teams of all time!

Another internal feud in the works is amongst the Shield. The Hounds of Justice are the WWE’s favorite bad guys. Entering through the crowd and attacking any superstar in their way, allowed quick approval from the WWE Universe. Of course everyone wants to see a baby face win in the ring, but fans also want to see the heels try and stop them. A hero is only as strong as his toughest villain, and the Shield is definitely a forced to be reckoned with. Made up of three hard-hitting superstars, Seth Rollins, Dean Ambrose, and Roman Reigns quickly rose to the top as the WWE’s bad guys. Earning the US Title and Tag Team Championships made statement in who they are. Not only a team of destruction outside the ring, but and unstoppable power inside the ring. Like Edge, Roman Reigns has perfected the spear, sending the crowd to their feet after the move has been hit. His flying superman punch illustrates his power as the enforcer of the group much like Arn Anderson of the Four Horseman. The acrobatics of Seth Rollins and the attitude of Dean Ambrose have also strengthened the Shield so that it cannot be tarnished. However with the failed attempt at eliminating Roman Reigns by Dean Ambrose, the Shield is starting to develop some cracks. 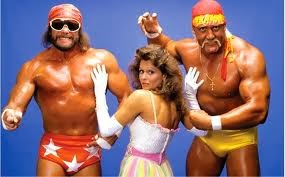 The legacy of  teams like the Mega Powers is still being felt today!

The foundations of tag team wrestling have been placed on hard work and diligence of superstars from early era like the Mega-Powers of Hulk Hogan and Macho Man Randy Savage. The Mega-Powers could muscle their way out of any situation and were always the crowd favorite. This generation then evolved into teams like The Rockers, who were all about double team moves to get the advantage. The team of Shawn Michaels and Marty Janetty added a thrill to tag team wrestling until the WWE reached a level of rebellion. 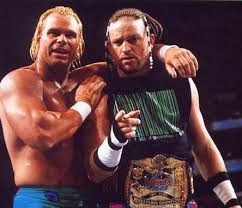 The days of attitude tag team Wrestling can be replicated,
but never duplicated!

The New Age Outlaws had come to take over the tag team division by storm along with D-Generation X. These outsiders paved the way for a hardcore and extreme WWE, led by the Hardy Boyz, Edge and Christian, and the Dudley Boyz. This level of extreme can be imitated but never duplicated. Tables, ladders and chairs would never be used the same again as these teams would beat each other to death in order to achieve glory. After this generation slowly faded out, a younger cohort of teams began making their way into the spotlight. The Brotherhood, Uso’s, and Shield are slowly making name for themselves. As they try and battle the standards that were set before them, it is a tough road for these teams to live up to previous expectations.