Slow Motion and the Epic Eva Green: 300 Rise of an Empire Review 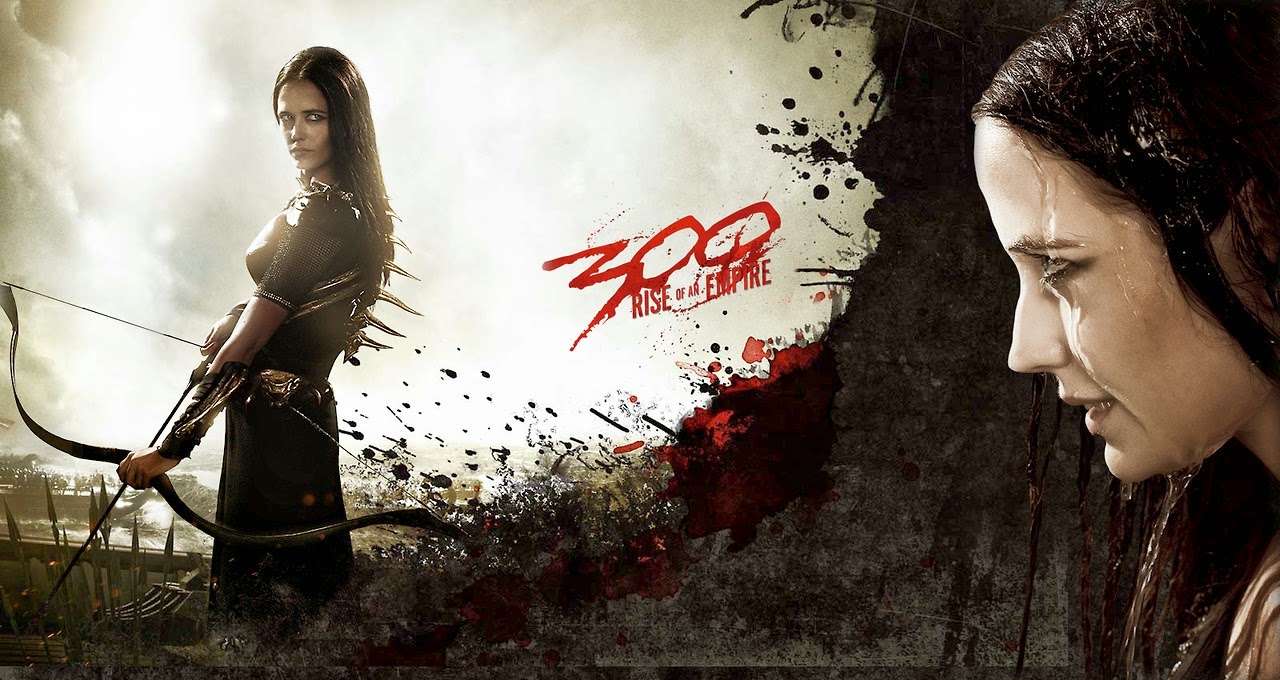 Did 300: Rise of an Empire capture the green screen magic of the original?

Many fans and critics alike shunned the idea of a 300 sequel, especially one without the direction of Zack Snyder.  While the 2007 original 300 film was groundbreaking and really brought the use of proper green screen back into the directing conscious after its misuse in the Star Wars prequels, since then many audiences have been burnt out on green screen filming, leading directors like Christopher Nolan to guide mainstream film making back to more natural settings.  So, seven years after Zack Snyder made the closest thing to a living comic book we had ever seen up until that point, was director Noam Murro able to recapture some of that same film making magic with Snyder only producing this time around?  Find out after the break…. Can Director Noam Murro capture some of that Zack Snyder
Green Screen Magic?

The majority of this 300 sequel its feels like director Noam Murro is trying to do his best Zack Snyder impression, but he fails when it comes to the timing, tempo, and overall execution of the film.  For example many times throughout the film Murro ruins what would be a potentially epic long, continuous action shot by slow motioning us to death.  Let’s put it this way: If Murro cut out half of the slow Motion in 300: Rise of an Empire, the film would only be about 30 minutes rather than 102.  It wouldn’t be an exaggeration at all to proclaim that at least 85% of this film utilizes slow-mo. 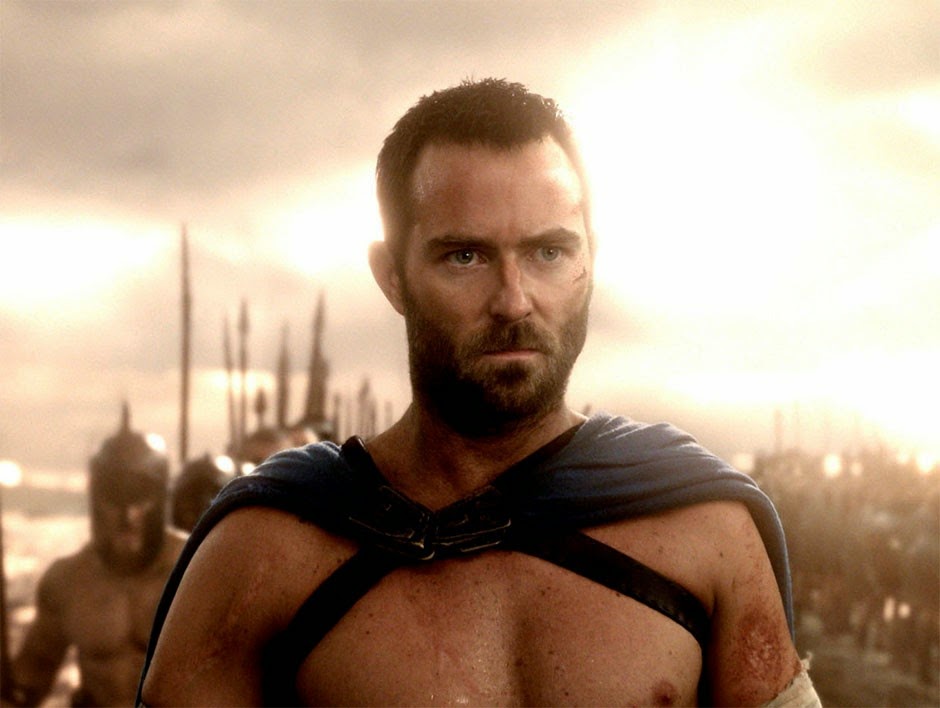 Sullivan Staples is no Gerard Butler!

Murro’s lack of film making chops is matched by actor Sullivan Staples attempt to play this film's leading man, the Greek warrior Themistokles.  Staples plays nothing more in this film than a stereotypical warrior with no depth, a tough sell after Gerard Butler’s epic performance in the original 300 as King Leonidas.  The sequel also see’s Lean Headey return as Queen Gorgo who brings the usual Headey dominance to the screen as she does in any role she takes, however the film will leave you wishing the script would have given Headey more to do.  Rodrigo Santoro also returns as King Xerxes whose performance is the Persian embodiment of dullness just as much as Sullivan Staple is the Greek one. 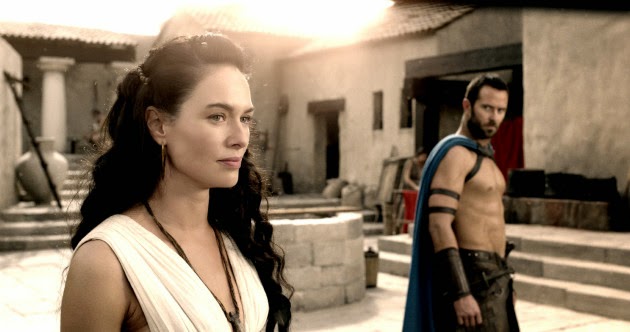 300: Rise of an Empire could have used some more Lena Headey!

Very rarely can a single performance or character save a film, but Eva Green’s performance as Artemisia in 300: Rise of an Empire is one of those cases.  Green chews scene after scene, fully utilizing her surprisingly well written dialogue (when compared to the other characters, at least).  Green's performance stands out because it has so much depth in an otherwise single layered film.  Green is not only beautiful as she burns a hole through the screen with her devilish eyes, but every aspect of the character feels fully fleshed out from her very detailed origin story to her flawlessly choreographed battle sequences all the way to her exquisite costumes. 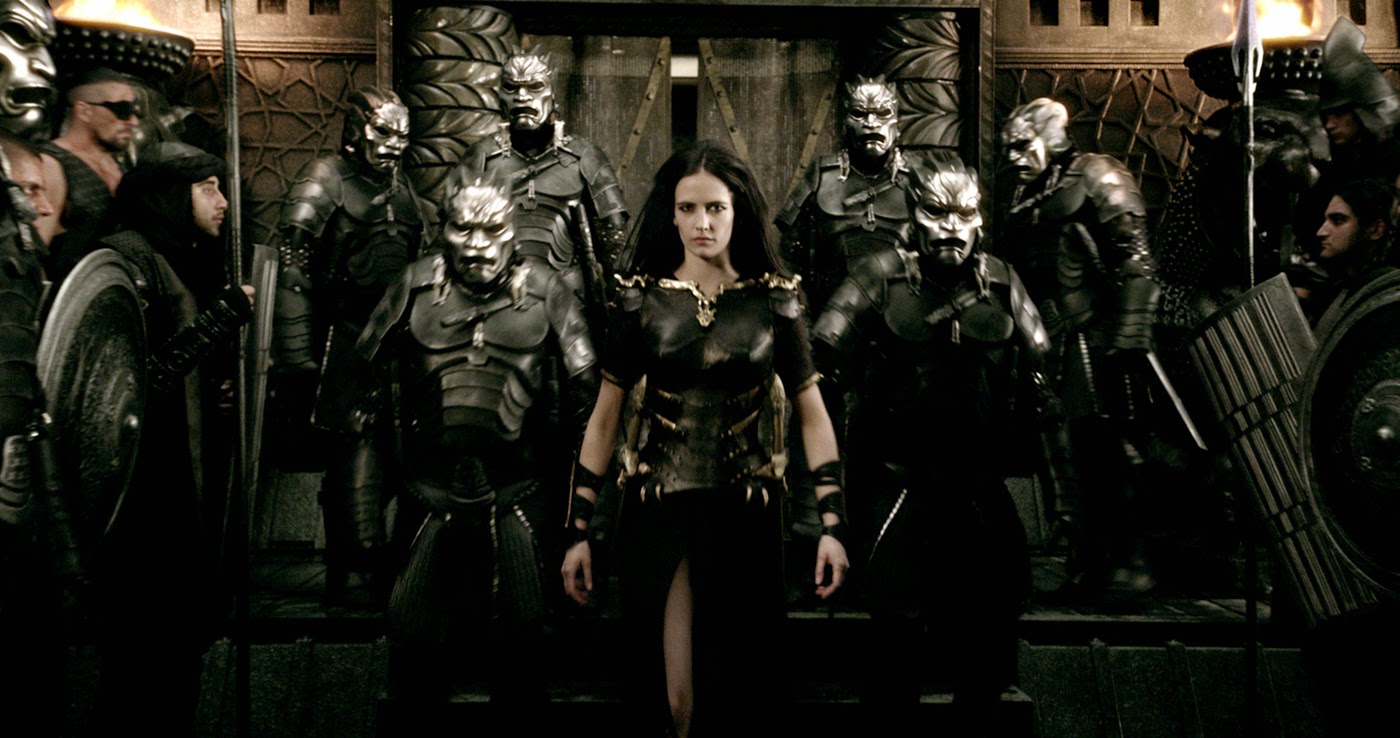 Eva Green gives a truly Epic Performance in 300: Rise of an Empire!

Overall, Eva Green’s Artemista is the redeeming quality that shines through the muck of slow motion green screen and poorly written characters of 300: Rise of an Empire, catapulting the film from being completely forgettable to at least having a memorable performance.