Check it out: Side Show Lobo and Gray Hulk Premium Format Figures

In their usual Thursday night new letter SideShow Collectibles gave both DC and Marvel Fans new upcoming Premium Format Figures to salivate over.  The first you can see in the video above is one high end DC collectors have been wanting for a while: Lobo.  I am not even a Lobo fan, but based on the fact that this looks like one of the most detailed premium formats SideShow has ever done even makes me want one.  As for the Marvel side of things looks like we will get another Smashing entry to their new line of Hulk premium formats as the original Gray Hulk seen below follows Green and Red Hulk in that line.  Neither one of these are up for pre-order yet, but the Gray Hulk will be available for order May 29th and look for a Lobo order to pop up soon after.  If you want either start saving now because The Gray Hulk will most likely retail at $550 with Lobo probably being in the $400 range. 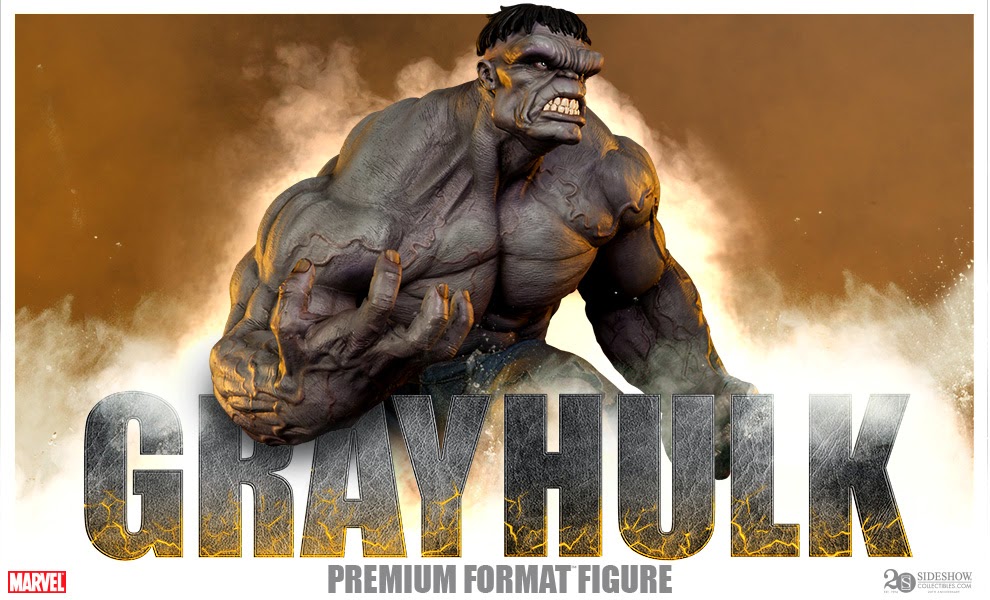