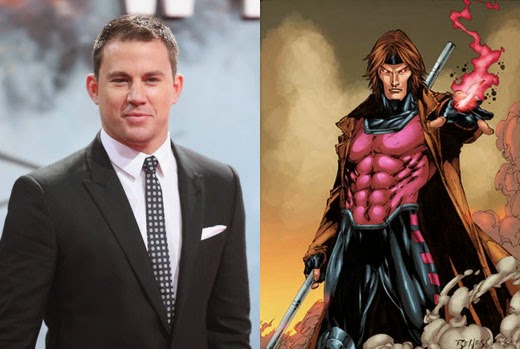 Fox has countered WB's Batman Costume and Batmobile reveal with an epic announcement of their own.  Fox has confirmed that Channing Tatum will play the card slinging cajun Remy Leabau in a future X-men film or spinoff.  It is not confirmed by FOX at this point if Tatum will play Gambit in 2016's X-men Apocalypse which will be the sequel to this Summer's X-men Days of Future Past or if Gambit will be getting a solo spin-off film.  Considering BBQ17 once compared Channing Tatum's acting skills to that of a block of wood, and the fact that I once described Gambit as the most over rated X-men of all-time you can imagine our "jubilation for this announcement.  Now that we have "laid all of our cards on the table" let us know how you feel fellow epic reviewers about Channing Tatum playing one of the most popular X-men of all time!

UPDATE: SINCE WE FIRST WROTE THE ARTICLE IT HAS BEEN CONFIRMED THAT TATUM WILL PLAY GAMBIT IN X-MEN APOCALYPSE FIRST THEN GET HIS OWN SPIN-OFF FILM!