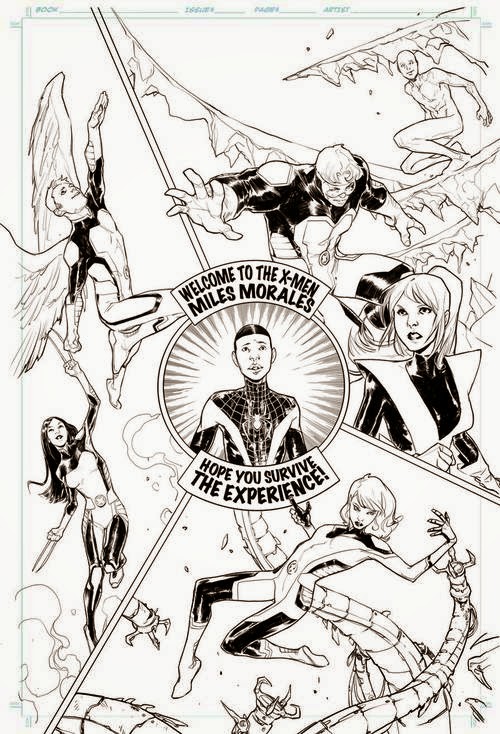 One of the most beloved characters of the Marvel Universe Miles Morales who has been Ultimate Spiderman since the untimely death of Peter Parker in the Ultimate Universe is about to come become an X-men.  Now maybe this wouldn't be Epic News except he is about to become an X-men in the main Marvel Continuity of Marvel Comics known to comic book geeks as the 616 Universe.  It's a big deal to see an Ultimate Character in the 616 much less making them a part of a team as Iconic as the X-men.  Brian Michael Bendis who created Miles is also writing All-New X-men along with brilliant Artist Sara Pichelli.  Miles joins the 616 and the X-men in All- New X-men #32!

Props to CBR for the scoop!