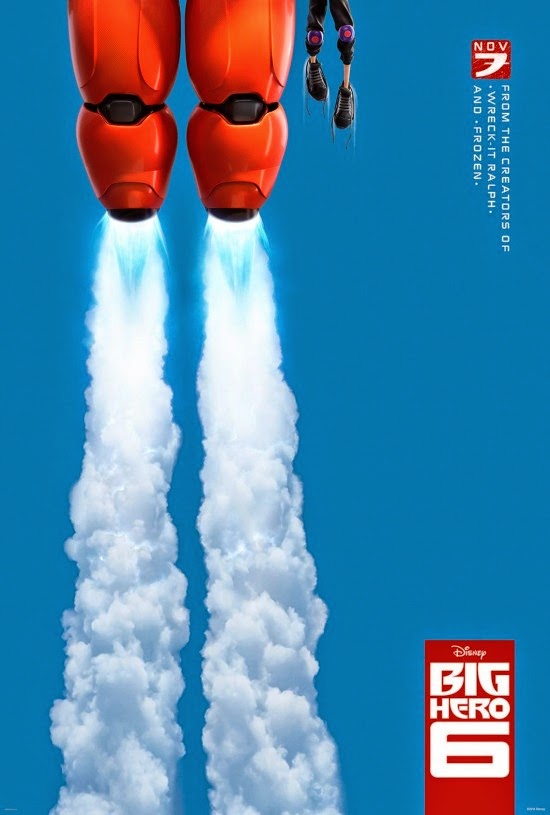 Checkout the first poster for Disney's first animated Marvel film: Big Hero 6 out November 7th.  While the film is based on a Marvel comic of the same name that involves kids creating fighting robots it is not set in the Marvel Cinematic Universe.  It has also been the speculation of many Star Wars fan for being the perfect time for Disney to debut the Teaser trailer for Star Wars Episode 7, for that we will have to wait and see.  However rumor from Disney is we should get the first Big Hero 6 trailer sometime later today which we will have here at The Epic Review.