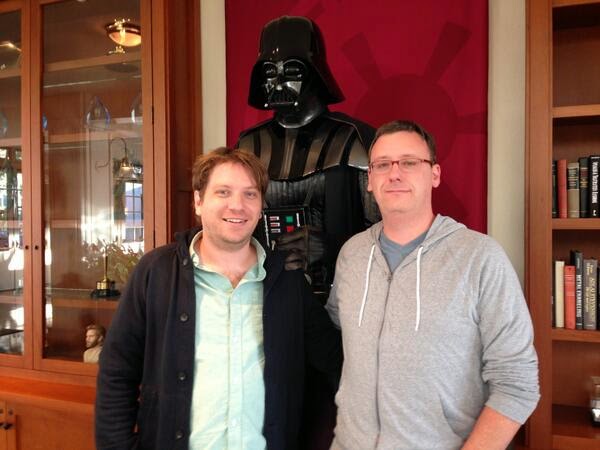 Director Gareth Edwards and Writer Gary Whitta recently took to twitter to reveal a sneak peek of their very first meeting to begin work on the first Star Wars Spin-off film due out December 16th, 2016.  We still don't know what the film will be, but maybe the giant Vader in background could be a hint that the film takes place sometime between Episodes 3 and 6.  Or it could just mean the duo thought having the Sith Lord in the background would make an Epic Photo.  Either way you have to love the willingness of these Star Wars film makers to be so interactive with the fan community this early in the film making process.