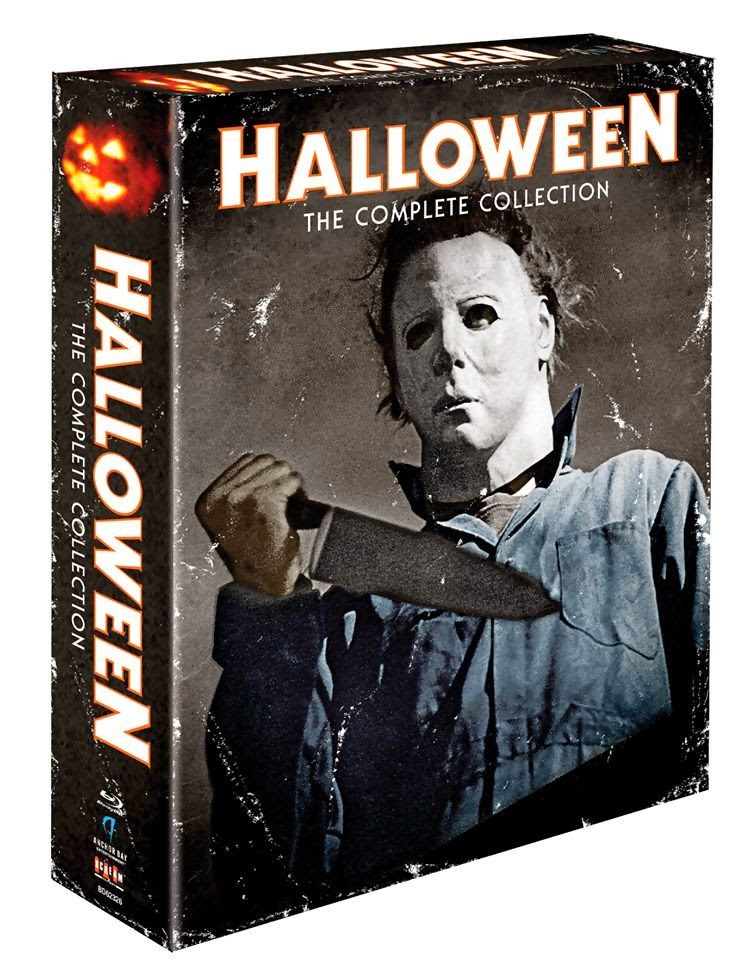 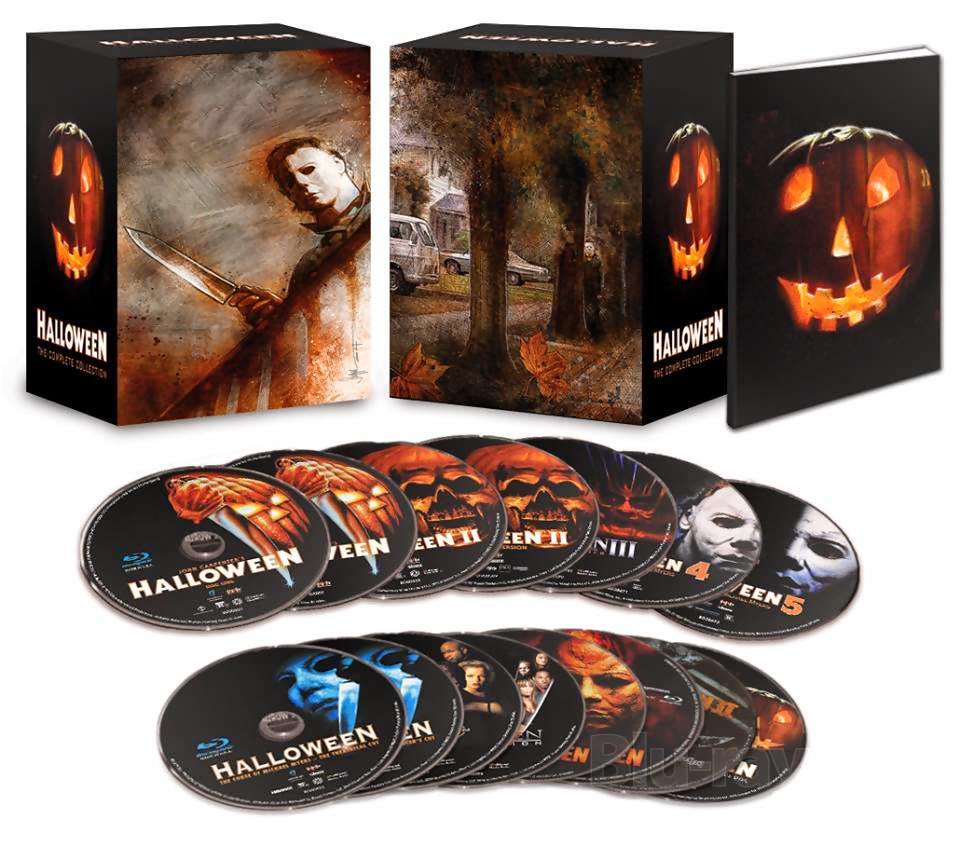 Anchor bay has released the images for their two upcoming Halloween blu-ray box sets due out September 23rd.  The left version is the 15 disc edition the comes complete with a slip case and a 40 page retrospective look on the series along with several alternative editions of the films and a ton of bonus content.  The 10 disc set featured on the right will be just the films.  The 15 disc edition with retail for $170 with the 10 disc versions costing $130.

Alright Halloween fans which one will you realistically buy if either? let us know in the comments!

Thanks to blu-ray.com for the scoop!