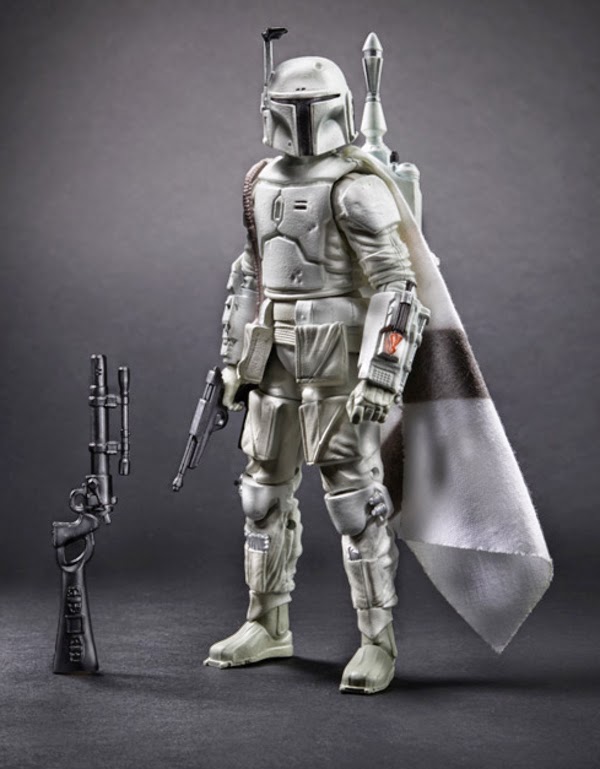 Hasbro has revealed their Walgreens exclusive Boba Fett prototype that will retail for $20 due out this Summer.  Even though I backed out on the Star Wars Black line due to frustration over the line not being the definitive retail Star Wars line Hasbro claimed it would be, I have to admit this Fett is pretty epic.  Sideshow did a 1/6 version of this that was a hit at $180, so expect this one to be very hard to find and skyrocket in price on the aftermarket.  If you are lucky enough to go to SDCC you can pre-order this through Hasbro. If not, let the toy runs to Walgreens commence!

How do you guys feel about drug stores getting Star Wars figure exclusives.  Isn't that a bit odd? Let us know in the comments.

Thanks to Jedi Insider for the scoop and Pic!