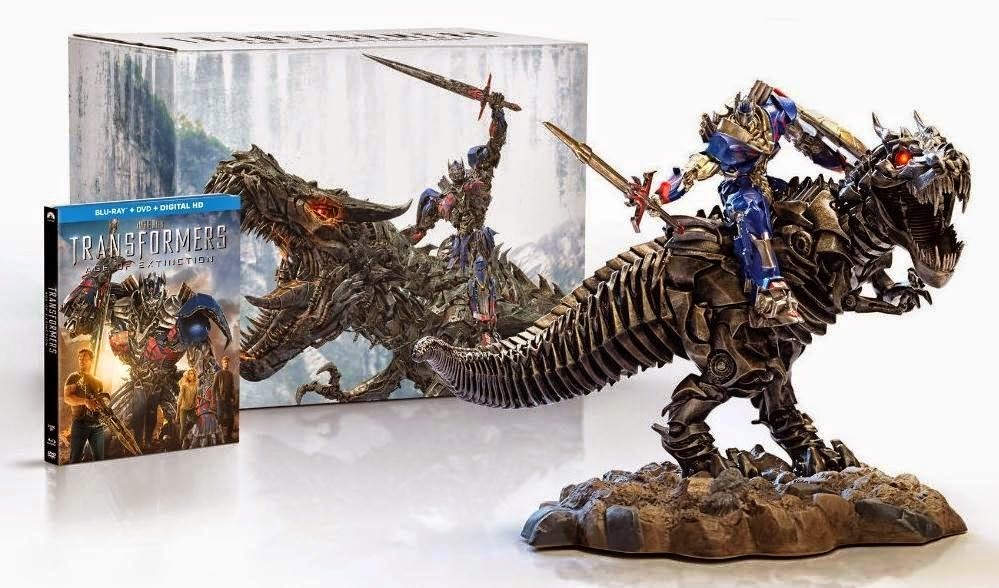 Paramount has release the image for their Blu-ray gift gift set for Transformers Age of Extinction.  The set will include a 7.5 inch statue of Optimus Prime riding Grimlock as shown above and retail at a $120, but if you pre-order now you can get the set for $80 at Amazon.  At this time their is no word from Paramount on when the film will hit blu-ray, but expect it right around the holiday season. While the movie was a piece of crap, that Grimlock statue is almost enough to justify buying the cash grab that was Transformers 4.

What do you guys think of the set? Does anything justify adding this film to your collection? Let us know in the comments!

Thanks to Amazon for the pic and scoop!