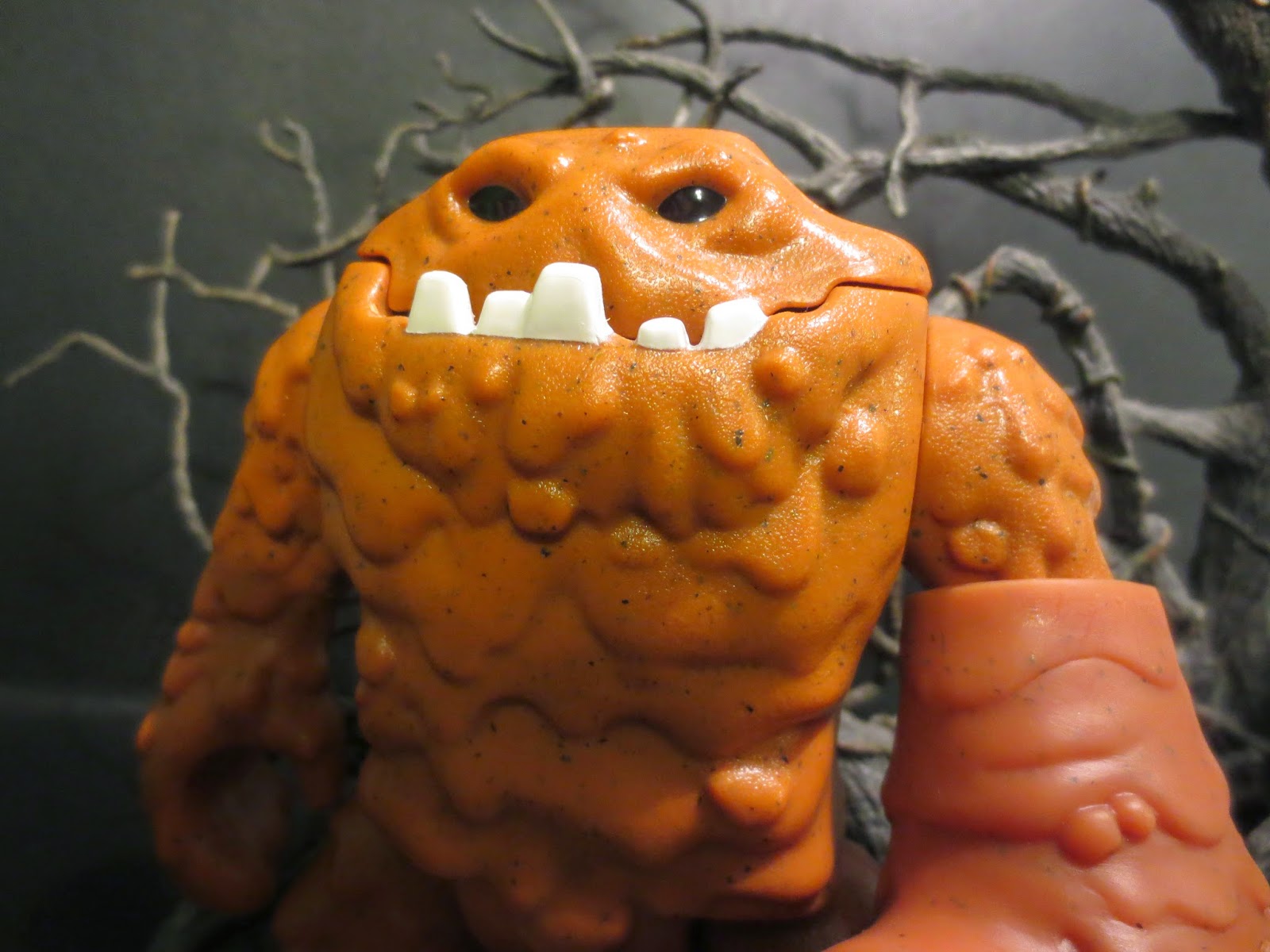 A monster made of clay? Sounds like perfectly fine territory for 31 Days of Toy Terror to me! While Clayface has been around since the 1940's, it really seems that his role as one of Batman's prominent villains was solidified by his appearances in the 1992 Batman: The Animated Series. This rendition of Clayface is clearly based off of that popular incarnation (that was the Matt Hagen version and not the Basil Karlo version) and even mimics some of the character's powers depicted in the series. Like most Imaginext toys, this is a very fun that has recently been released as an ice monster to hang out alongside Mr. Freeze. Ready for a look at a giant mud monster? Then join me after the break...if you dare! 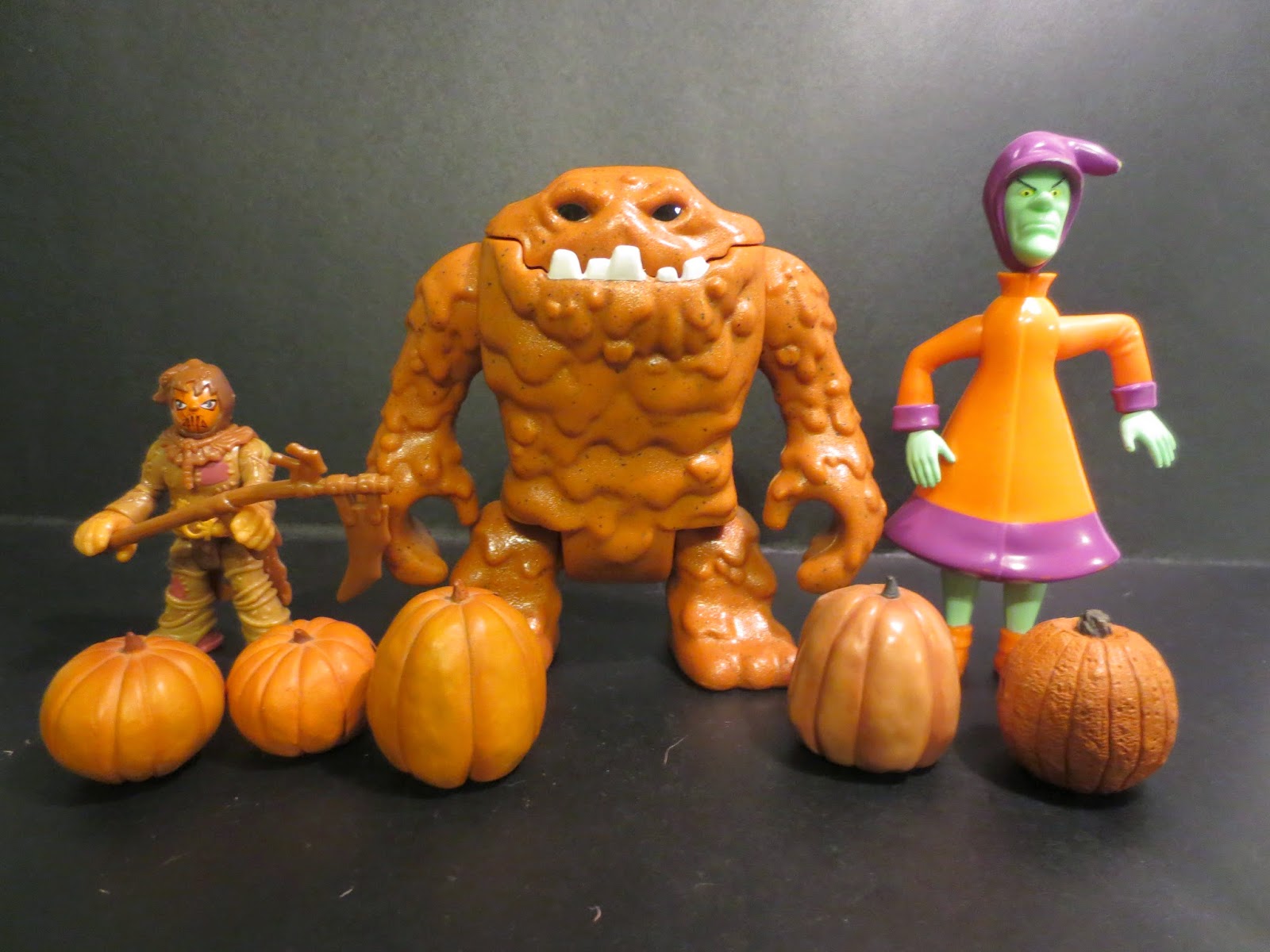 Standing at  around 4 3/4 inches tall, Clayface is certainly much larger and more menacing than the standard Imaginext figure. Since Imaginext is a pretty loose property in terms of what is available (aliens, ninjas, rockers) he'd probably fit in with any theme you wanted to put him in, not just Batman stuff. 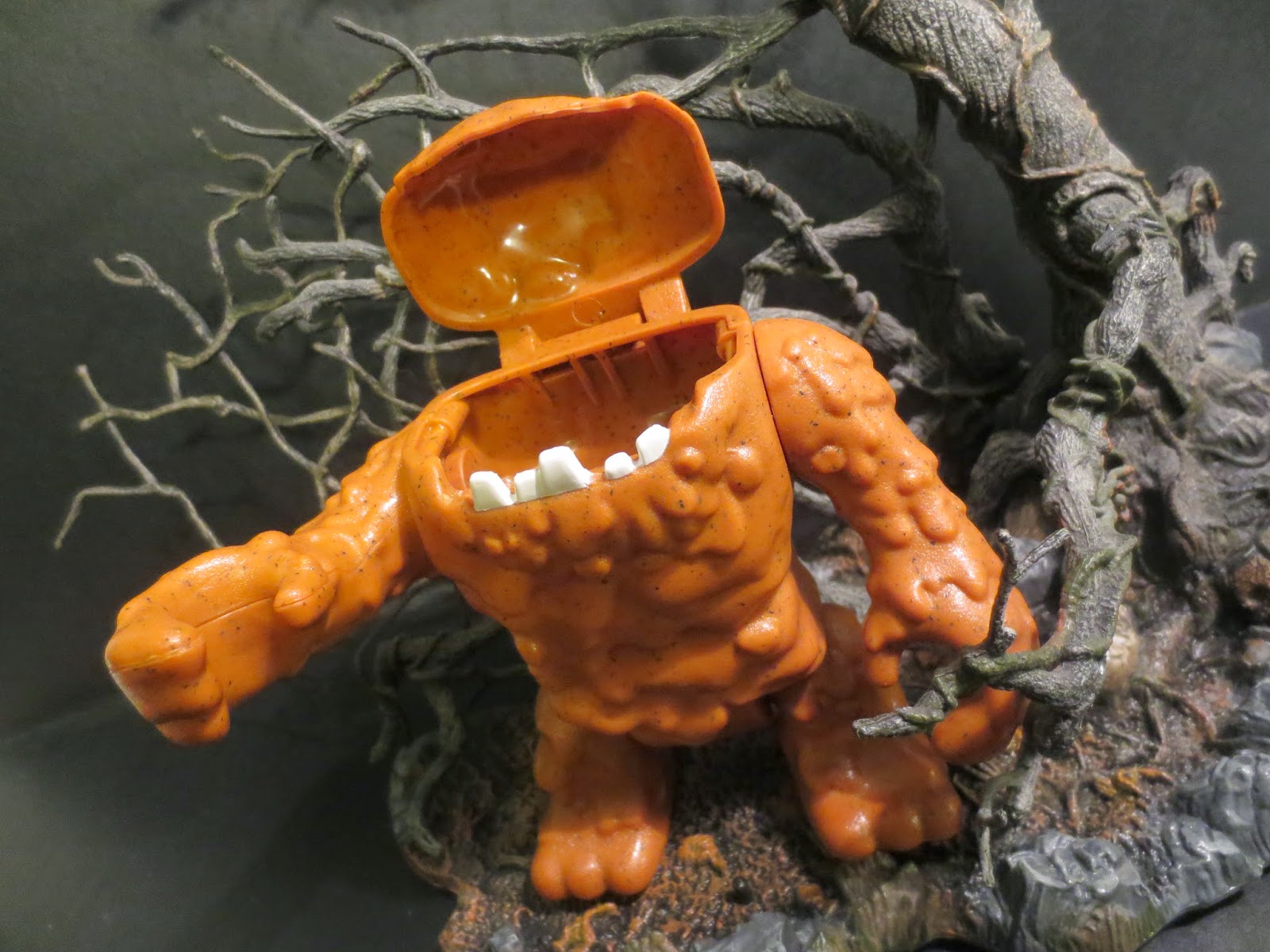 His articulation is simple, but different from other Imaginext figures. He features swivel hips, swivel shoulders, and a hinged jaw. His legs each swivel independently unlike the standard figures. His jaw opens up too, which is a cool feature. In fact, he is so large that he can easily "swallow" other characters. Lift the top of his jaw (it is solidly hinged) and Batman or any other standard Imaginext figure can fit inside as a prisoner of Clayface. Fun! 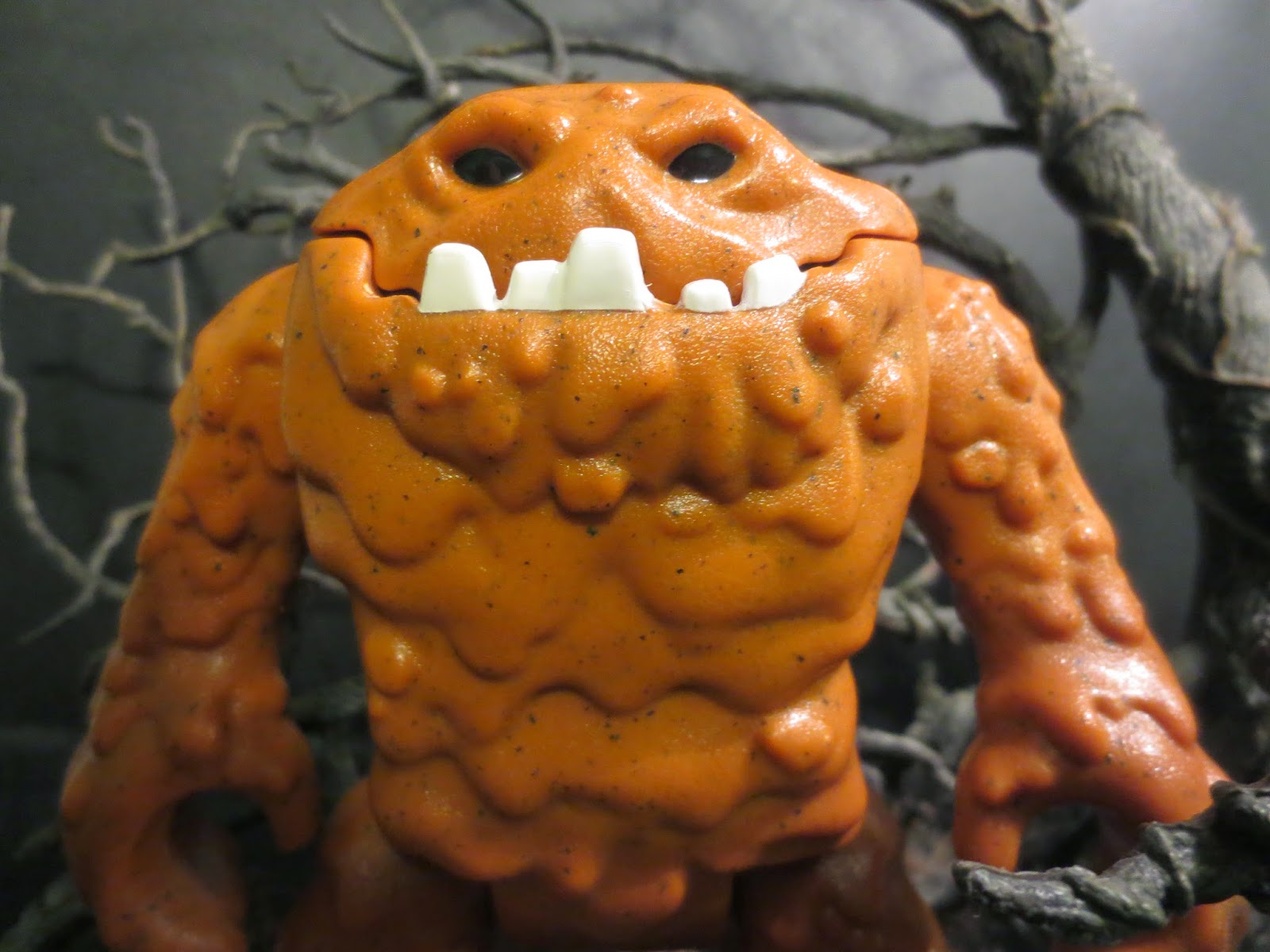 First of all, Clayface is just fun to look at. His monstrous appearance makes him noticeably larger than the other standard Imaginext characters and nicely replicates both his animated and standard comic book appearances. The sculpt is really nice. Maybe not as impressive as the Mattel DCUC Clayface, but certainly a bit better (albeit more stylized) than the old Kenner Batman: The Animated Series version. He looks lumpy and runny with sunken eyes, uneven teeth, and a strong chin. 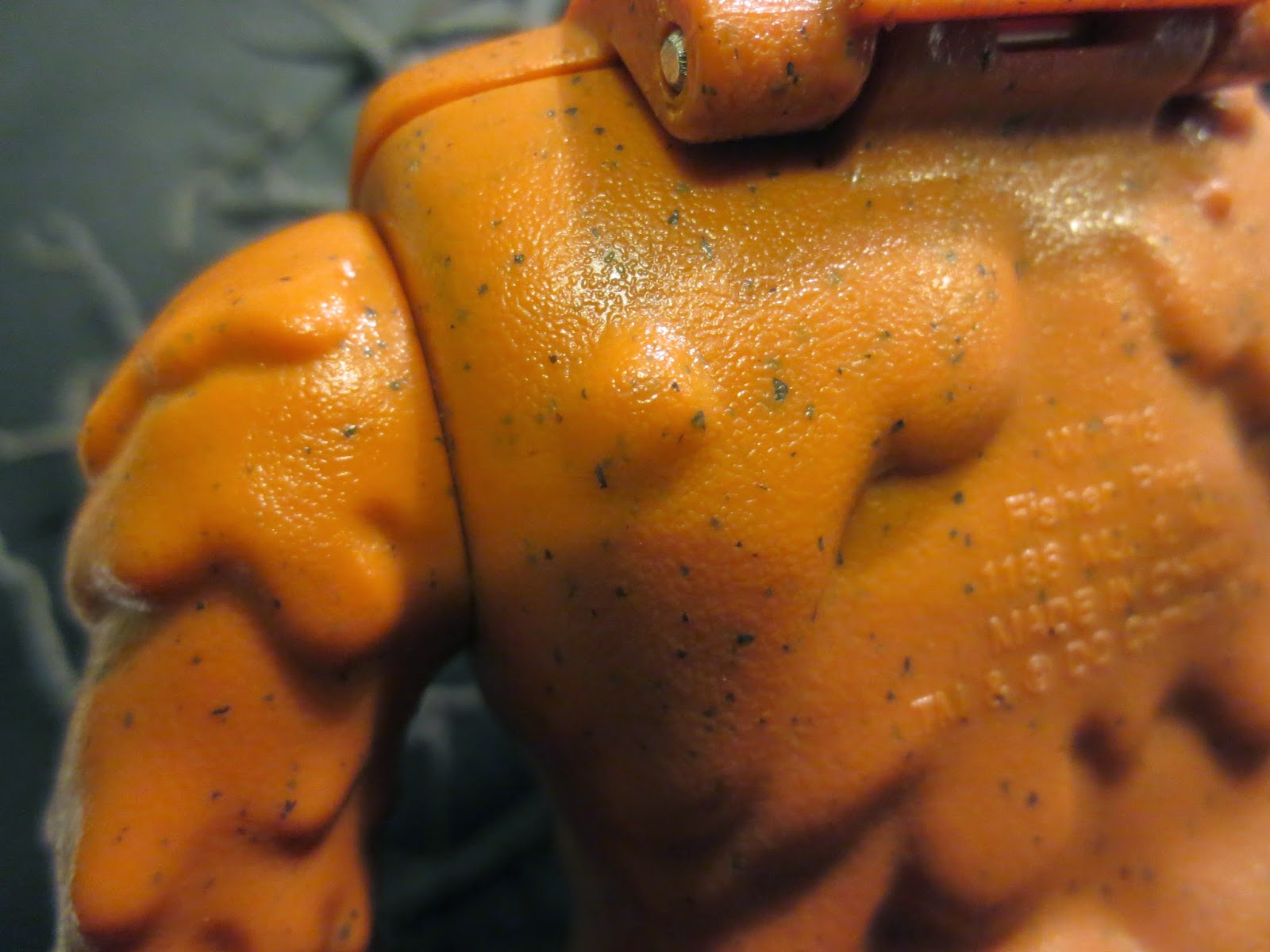 The figure isn't just molded in brown plastic. He actually has black and gray speckles in the plastic that give him a very rough, organic appearance. You really have to have this guy in hand to appreciate it. The teeth and eyes are very neat with no slop. For being a sloppy character, the paint is excellent. Simple, yet effective. 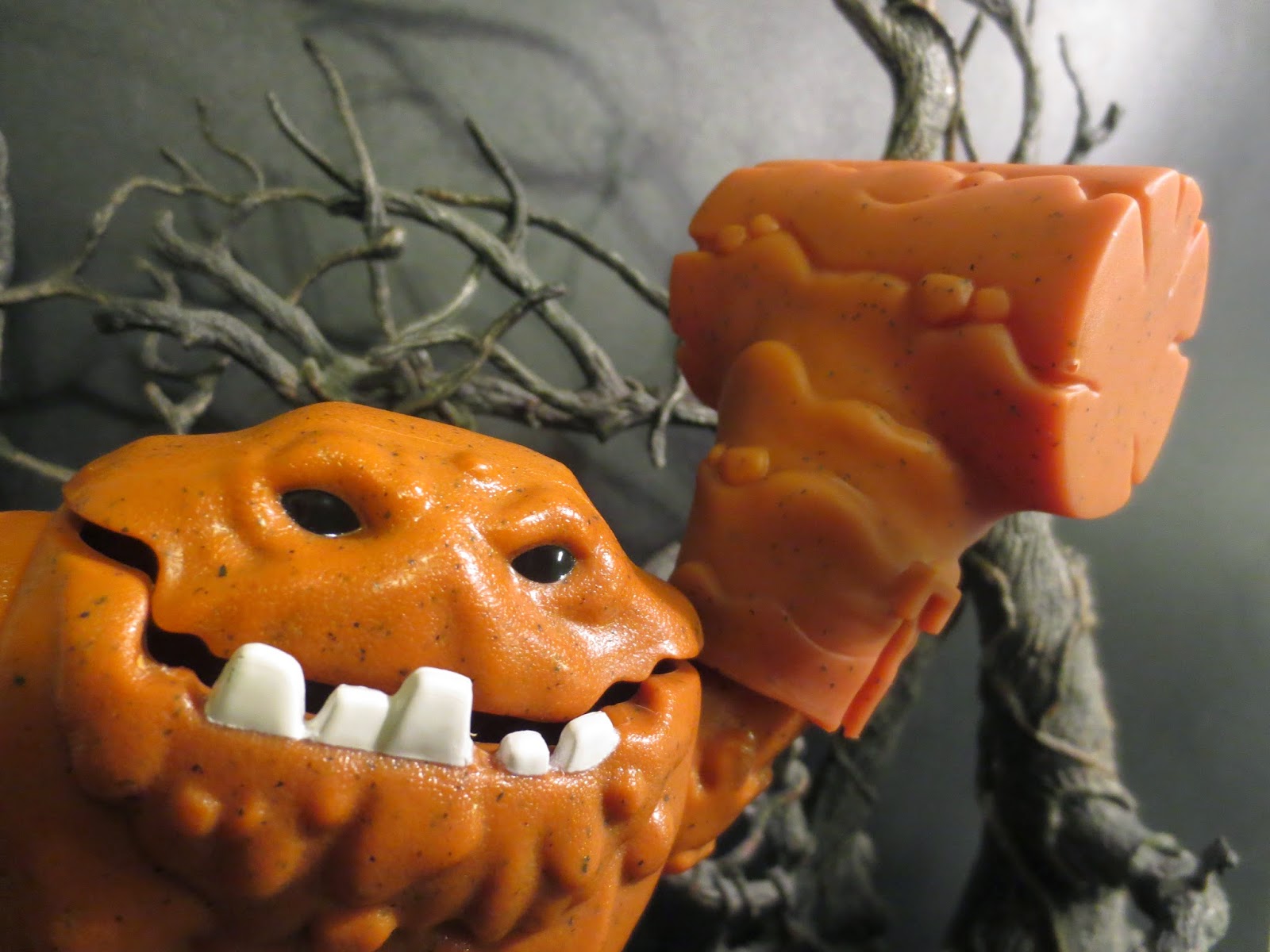 Clayface comes with a one very cool accessory: An "arm" hammer. Since Clayface can manipulate his body, he often turns his limbs into various fighting implements. This is a hammer attachment made of a sturdy, rubbery material that fits over either of his arms. There shouldn't be any problems with breakage if you want to take this hammer on and off over and over again. It seems rather durable to me. 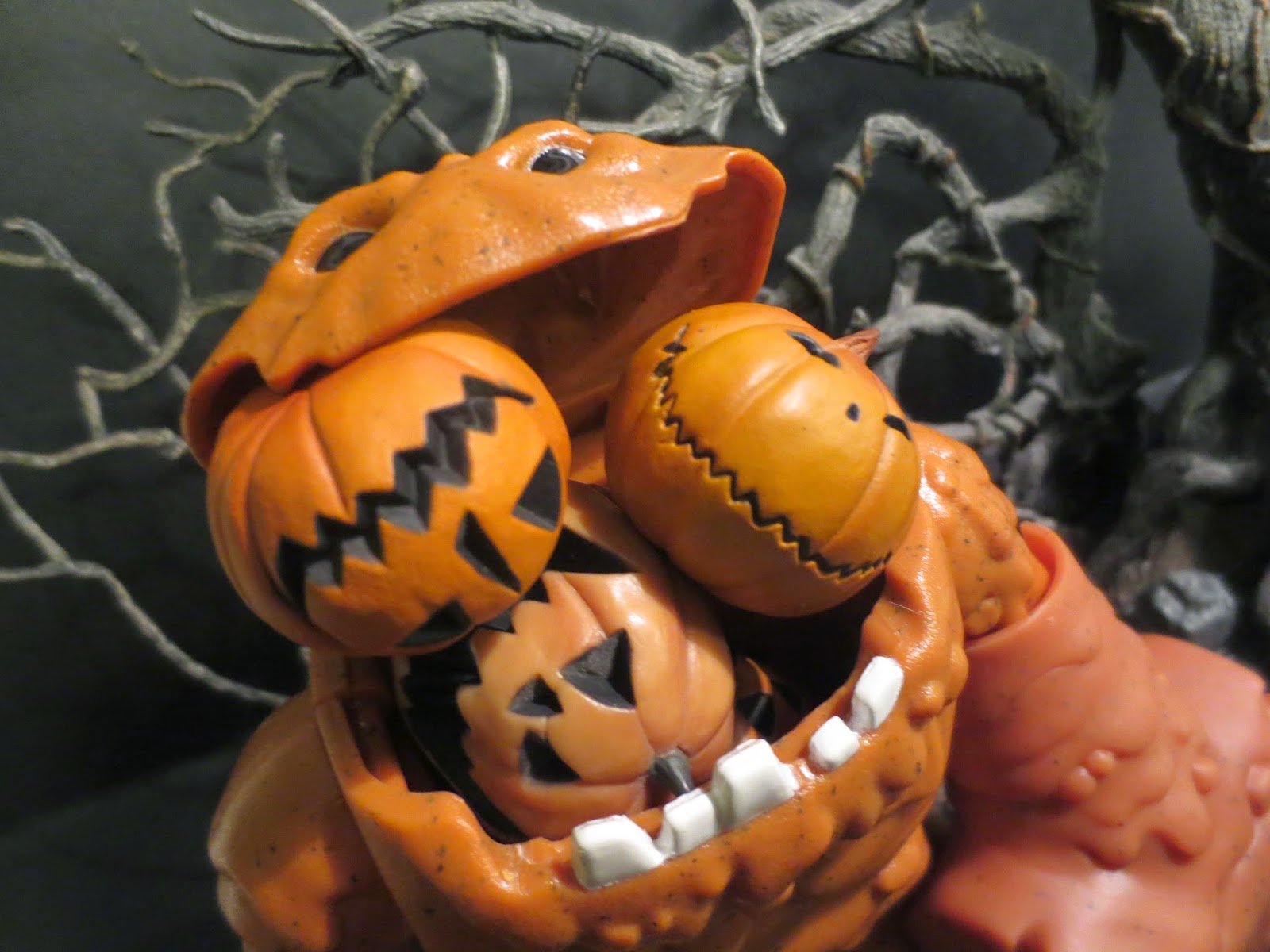 I have no  complaints about this toy. Clayface is a rather inexpensive toy that does everything right. Some folks might be unhappy that he can't fit in most Imaginext vehicles or playsets, but that seems necessary to preserve his stature. While I predominantly collect Batman figures in the 6-7 inch range, Imaginext has really gone all out to make a great toyline. I love mixing random Imaginext toys together and I think a big ol' mud monster goes well anywhere. As I mentioned earlier, Clayface had recently been recast in translucent blue plastic  to come with a Mr. Freeze set. I'd love to get that guy (although I don't want the whole set) as this toy would look awesome in different random colors. This guy easily gets an Epic for me. He costs around $6 or $7 dollars and you can buy him almost anywhere. That's a success in my eyes!