Check it out: Sansa Stark is the new Jean Grey 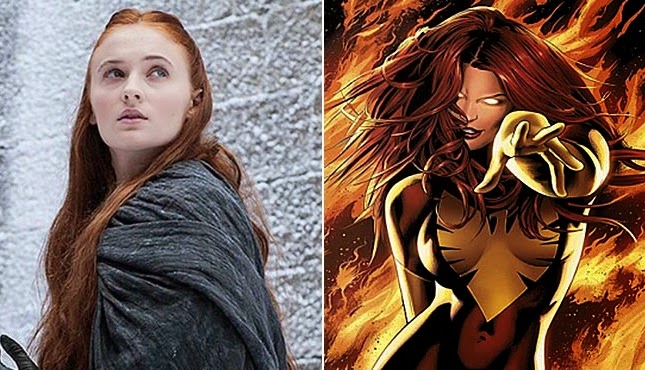 In some geek casting news Sophie Turner aka Sansa Stark from HBO's Game of Thrones has been cast as the new younger version of Jean Grey that will appear in Bryan Singer's X-men Apocalypse out Memorial Day weekend 2016.  Sophie looks like Jean Grey, but whether or not she can actually pull off being the most powerful mutant in existence may be a more epic challenge.  Sophie is often criticized for being the dullest performer of all the Stark children on Game of Thrones and she will have big shoes to fill, as Famke Jansen made a pretty convincing Jean Grey over the past decade and a half.

What do you think as Sophie Turner as Jean Grey? Let us know in the comments!

Thanks to Bryan Singer for the scoop!