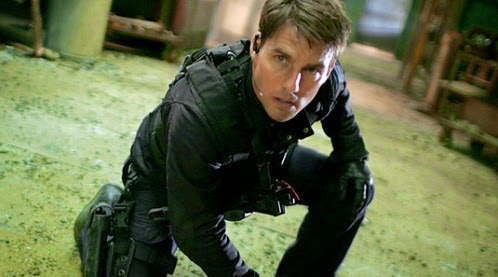 Just a month after being moved up from Christmas 2015 to July 31st Mission Impossible 5 has halted production in London.  The reason: to figure out an ending.  That's right a film that was just moved up by Paramount went into production without and ending.  Sound familiar? That's because Paramount did the same thing with World War Z, and they had a book to adapt from with that film.  This sad news about MI5, shows the perfect example of of quality over quantity with Hollywood's current blockbuster first studio system.  The best thing to do here for the audience would be to freeze production, bring Damon Lindeloff end to write the ending and release this at the end of Summer 2017.  Joking, about the Lindeloff bit however let's hope that Director Chris Mcquarrie can figure this out and continue the quality run that J.J Abrams and Brad Bird have set this franchise on!

What do you think about the current status of MI5? Should Paramount delay the release? Let us know in the comments!