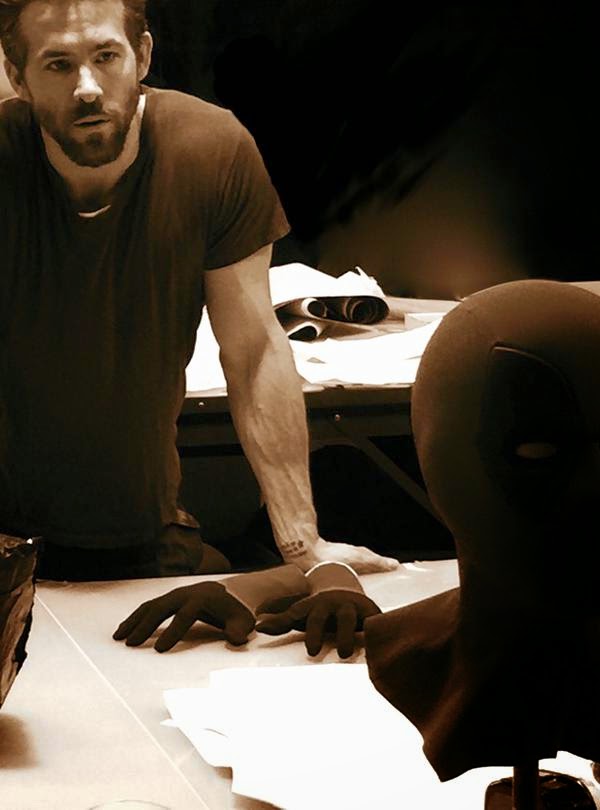 Ryan Reynolds took to his Twitter account yesterday to tease part of his Deadpool costume for the upcoming film based on the Merc with a Mouth that is expected Valentine's Day Weekend 2016.  Based on the test footage and this shot it seems like the Dead Pool costume will remain very true to the comics rather than opting for a flashy movie version, of course all that could change in post production.

Thanks to Ryan Reynolds official Twitter for the pic!

What do you guys think of the costume so far? Are you as excited to see Reynolds return to the role as we are? Let us know in the comments!