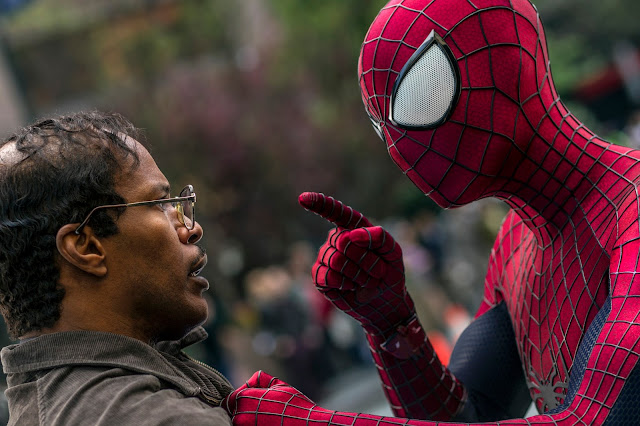 To continue our Civil War week both on the Confirmed Epic Podcast network and for thegww.com we are going back into the vaults to bring you another retro rewind edition.  This time look back at Spidey's last big screen outing in May of 2014: Marc Webb's The Amazing Spider-man 2.  You will hear the classic epic review team joined by our and only very special guest: Evan T-luv as we break down the film that led to the Disney and Sony Spider-man deal.  It was a different time,  Spider-man fans everywhere thought they were on their way to seeing the Sinister 6 for the first time on the big screen, and we were all young podcasters beginning to cut our teeth in the industry.  Long before the breakout success of anything like Brad's work at Geeks World Wide or before Jerry built his toy review empire over at actionfigurebarbecue.com  .