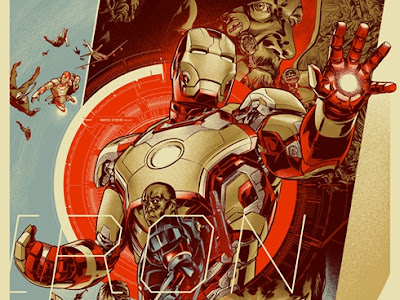 Our last confirmed epic podcast retro rewind as we build toward Captain America: Civil War at the end of this week will feature one of our most talked about reviews of all time: Iron Man 3.  Two words "The Mandarin", you truly will never see him coming!

It was a different time,  Iron Man fans everywhere thought they had found the best villain in a Superhero film since Heath Ledger's Joker from The Dark Knight in the form of Ben Kingsley's the Mandarin.  We were all young podcasters beginning to cut our teeth in the industry.  Long before the breakout success of anything like Brad's work at Geeks World Wide or before Jerry built his toy review empire over at actionfigurebarbecue.com.  This episode also features original epic review OG's: Gena Wiltshire and Jerry's wife Kristen.

Special thanks to original epic reviewer Gena Wiltshire for digging up this ancient, but epic episode of the pod!