Months ago rumors began to circulate from the set of Avengers: Infinity War that Thanos's personal strike team: The Black Order would be part of the film.  The Black Order was created recently by Writer: Jonathan Hickman and Artist: Jerome Opena to lead into the 2012 Marvel crossover event simply entitled Infinity.  The group is considered to be one of the most menacing modern creations in all of comics.  However it appears that the Russo Brother, and Kevin Feige may provide a different spin on the instant classic characters in the upcoming Infinity War film.  Find out what that is, along with our thoughts after the break... 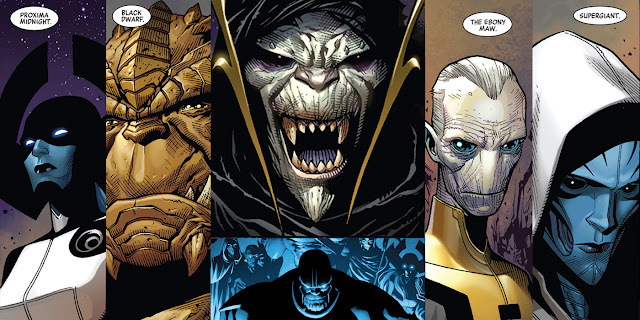 According to rumblings from Marvel, the comics strike team may also serve as the children of Thanos in the film.  Making the characters of Proxima Midnight, Black Dwarf, Ebony May, Super Giant, and Corvus Glaive the brothers and sisters of both Gamora and Nebula.  My initial reaction is that I am very excited to see The Black Order almost guaranteed for the highly anticipated film, it is hard to match ruthlessness alongside Thanos but this group  has in nearly every story involving the Mad Titian since 2012. 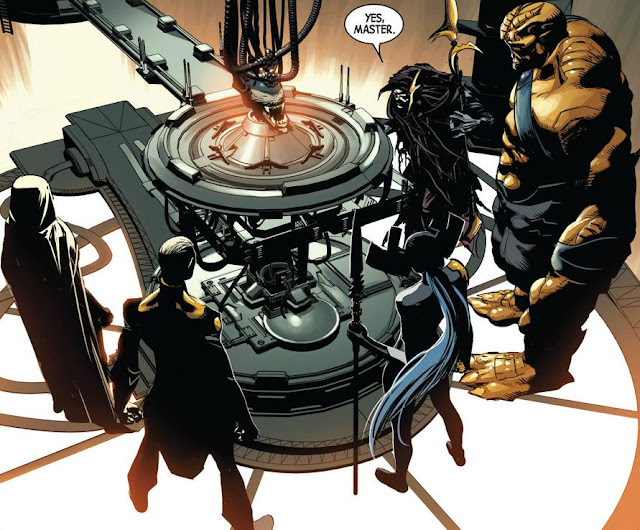 I am however a bit apprehensive about the group being the siblings of Nebula and Gamora.  The relationship between the two sisters has been built up since the original Guardians of the Galaxy film in 2014, and I hope these added potentially scenery chomping characters don't divert attention away from the showdown between Thanos and his daughters that MCU fans have been waiting for. Feige nor The Russo Brothers have yet to make a misstep in the MCU leaving me to believe that this added plot thread for The Black Order will only add to their infamous lore amongst the most notorious Marvel Villains both modern and classic.