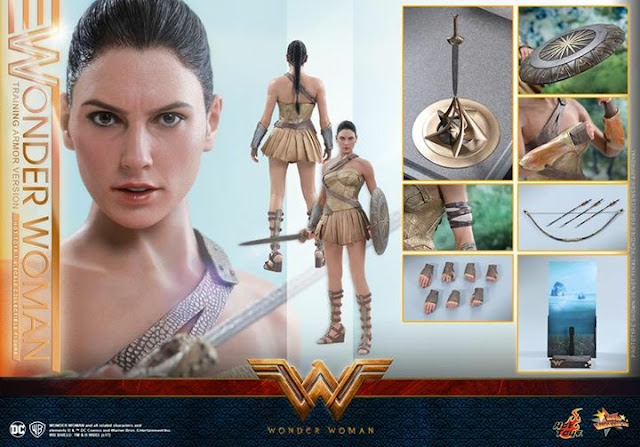 In honor of the films release today Hot Toys has revealed their new Wonder Woman 1/6 Scale Movie Master Piece Figure.  Instead of another traditional look, like they gave us with their Batman Vs. Superman version the high end toy manufacture has opted release Diana in her Themyscria training gear.

Once again Hot Toys has done an epic job capturing the likeness of Gal Gadot's version of the DC icon, and in my opinion both the hair detail as well as face sculpt surpass the BVS edition.  My only disappoint is that we are not getting her again in her traditional attire for those of us who missed out on pre-ordering her last year.

Find out where to get this epic figure, and more pics of it after the break... 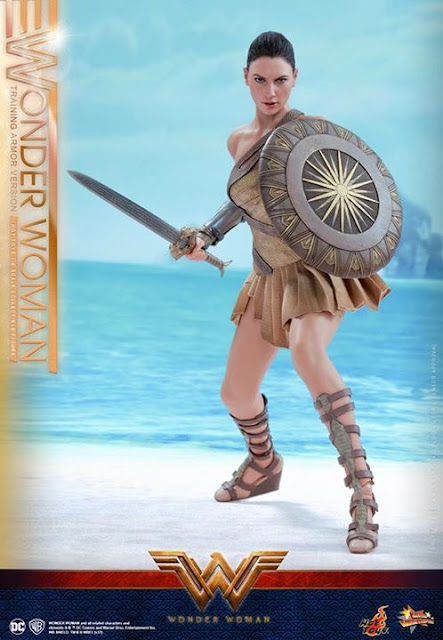 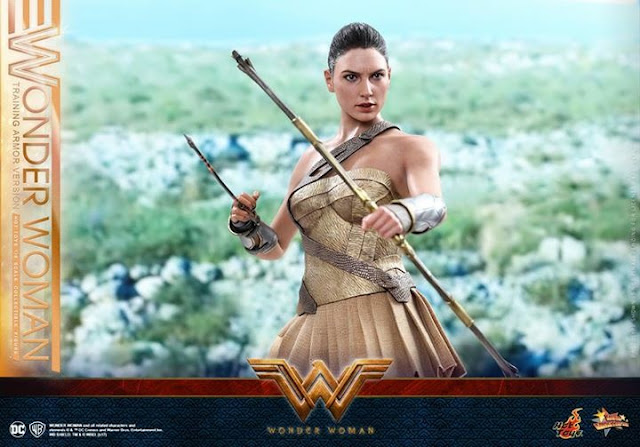 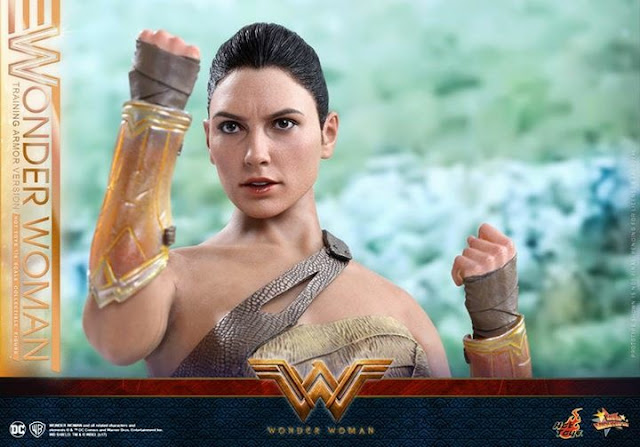 You should be able to find this epic figure at both Side Show Collectibles, and Big Bad Toy Store available for pre-order later today.  Based on the accessories you are getting with this Hot Toy my best guess for the price of the figure would be around $225 plus shipping.  This figure will most likely ship by the end of 2018.