The restoration of the summer blockbuster - A 'Baby Driver' Review 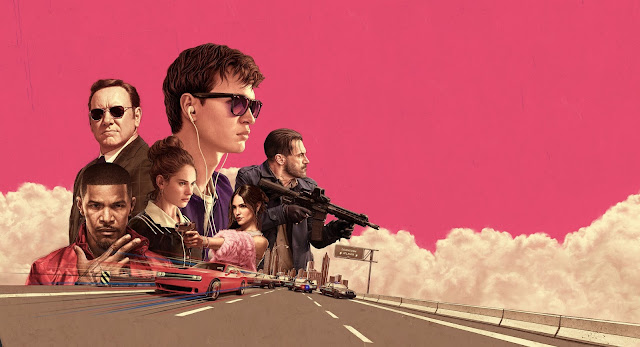 Original films are rare instances in Hollywood these days, original summer blockbuster are an even rarer occasion.  Unless you are a known quantity by a major studio who has produced billions for that studio as a qualifier like Christopher Nolan with Warner Bros., your chances of getting an original idea to the big screen are not good.

Which brings us to Edgar Wright and Baby Driver.  Is Wright a known quantity in Hollywood? Yes, but more for his unique visual style and comedic sensibilities than his blockbuster prowess, bringing us the Cornetto Trilogy and a visually stunning adaptation of Scott Pilgrim Vs. the World.  He was famously ousted from Marvel Studio's Ant-Man, after he wanted to work outside the constraints of the MCU formula to bring audiences a great heist film rather than an average superhero film.

So what happens when a major studio takes a risk on a very particular filmmaker for a major summer release? Find out in our Baby Driver review after the break... 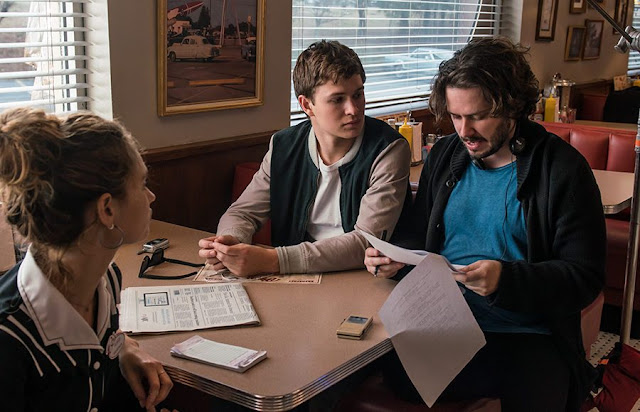 The result is the best original summer blockbuster since Christopher Nolan's Inception in 2010. Baby Driver brings audiences the once in a generation magic captured in film's such as Robert Zemeckis's Back to the Future combined with the lurid grime of a film like Quinten Tarantino's Pulp Fiction, resulting in a mix-tape of a blockbuster unlike anything audiences have ever seen.  Perhaps this is best aided by Wright's ability to never let the film get too big.  Despite how intense the insanely choreographed heist/chase scenes get, Baby Driver never loses sight that at its core it is a love story.

A love story that revolves around a guy (Baby played by Ensel Elgort), a girl (Debora played by Lilly James), and a Car (Multiple bad ass cars are involved, but the best is the red scion seen in the film's opening!).  It would have been easy for Wright to get caught up in all star cast of Spacey (Doc), Foxx (Bats), Hamm (Buddy), and Bernthal (Griff), but right when you think the film will lose itself in its cast or action the audience is pulled back into the empathy of Baby fueled by his tragic past.

There are certain roles in Hollywood that could have never been played by another actor, my go to example for this is Michael J. Fox as Marty Mcfly in 1985s Back to the Future, a part famously originally cast for Eric Stoltz.  The part Baby played by Ensel Elgort is on par with that performance, a comparison I do not make likely considering that Back to the Future is one of my top ten favorite films of all-time.  Elgort's ability to do so much with such little dialogue combined with his physical performance make Baby one of the most memorable cinema characters of the decade.

I am so glad Disney and Marvel Studios did not allow Edgar Wright to make his version of Ant-Man, because if not for their ignorance, we may have never gotten Wright's masterpiece: Baby Driver! This film will have cinephiles hearkening back to days of original blockbuster filmmaking that established an entire generation's love for cinema.  Wright's visual taste and storytelling ability may only be surpassed by his taste in music, as the Director meticulously chose each track of the film's iconic score to match the pace and feel of each scene from the pulse pounding chases in the ATL. to the beautiful and intimate character moments between Baby and Debora inside Bo's Diner.

If Baby Driver would have been released in the 70s, 80s or even early 90s it would be seen as one of the quintessential films of its respective decade.  Sadly this film while appreciated critically, and successfully financially will probably be overshadowed by the next big superhero or Star Wars announcement within the cultural zeitgeist.  However, Baby Driver's ultimate accomplishment is a restored faith in original blockbuster cinema, and being the definitive entry of Director Edgar Wright's brilliant career thus far.